The brutal and bloody dog and cat meat markets in Indonesia’s North Sulawesi, are being promoted as tourist attractions! This must be condemned and stopped!

Every year, millions of dogs are brutally transported throughout Indonesia to supply the demand for dog meat. Many are stolen family pets and illegally trafficked dogs. They are crammed into cages and sacks so tightly that they can barely move, their mouths bound shut so they can hardly breathe. They are taken on long journeys to supply markets, slaughterhouses and restaurants. They watch others being brutally killed in filthy slaughterhouses whilst they wait their turn.

What we witnessed there was utterly shocking...

These live animal markets – locally known as “traditional markets” –are places of extreme animal cruelty. Every week, tens of thousands of animals are traded and slaughtered, including many thousands of dogs and cats.

"The animals we saw at the markets were terrified, and often sick and injured, after surviving grueling journeys to market and rough handling by traders. They sat in cages, huddled together, watching others being slaughtered… trembling with fear, waiting their turn. The sights of absolute terror in their eyes, the thumping of the club as they were killed, their screams of pain, and the smell of burning hair and flesh are unimaginable and unforgettable.”

Read more: The Impact of Exposure to Violence on a Child’s Brain And Why this is a Grave Cause for Concern

Extreme animal abuse should never be promoted as a tourists attraction. 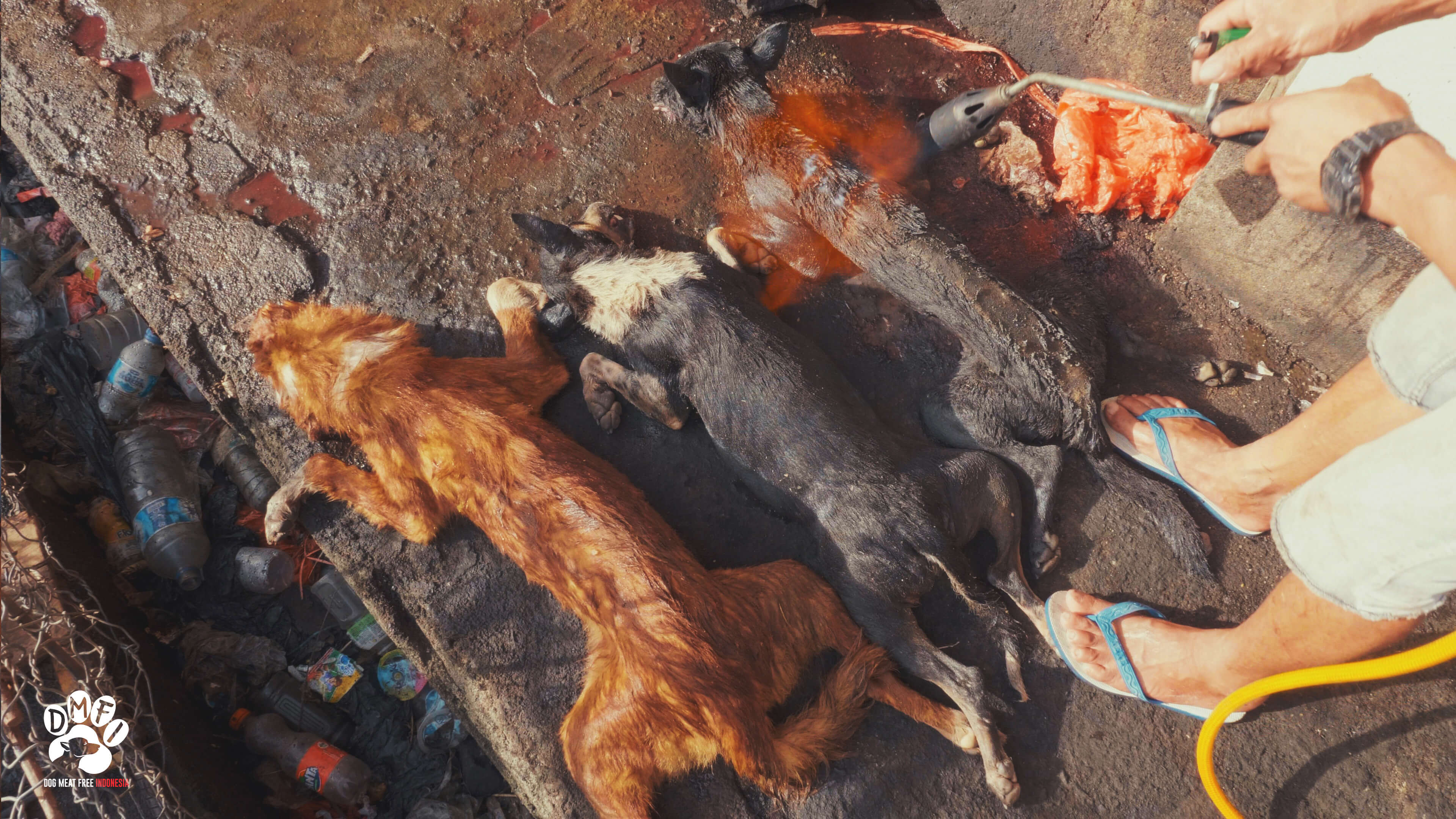 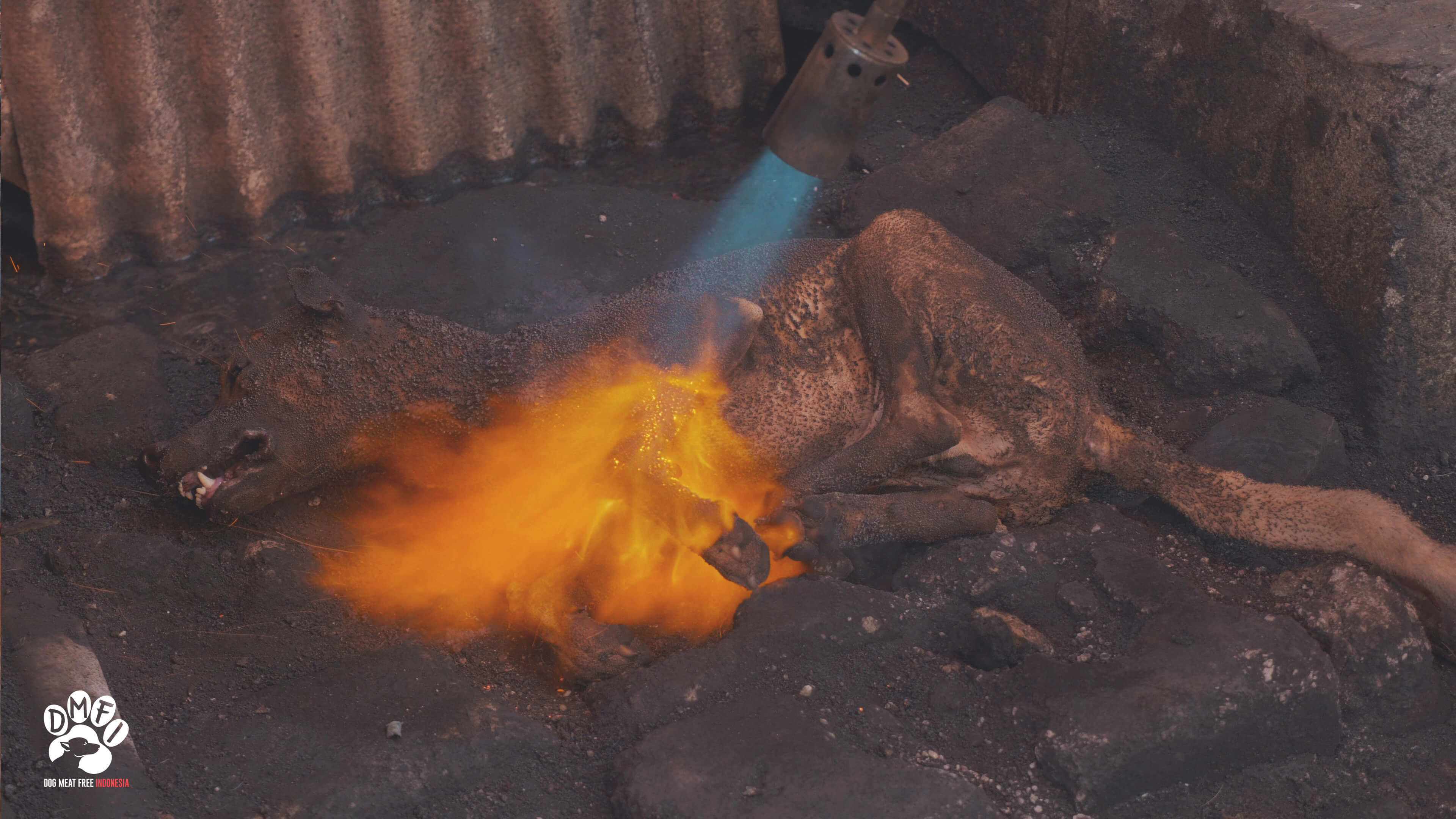 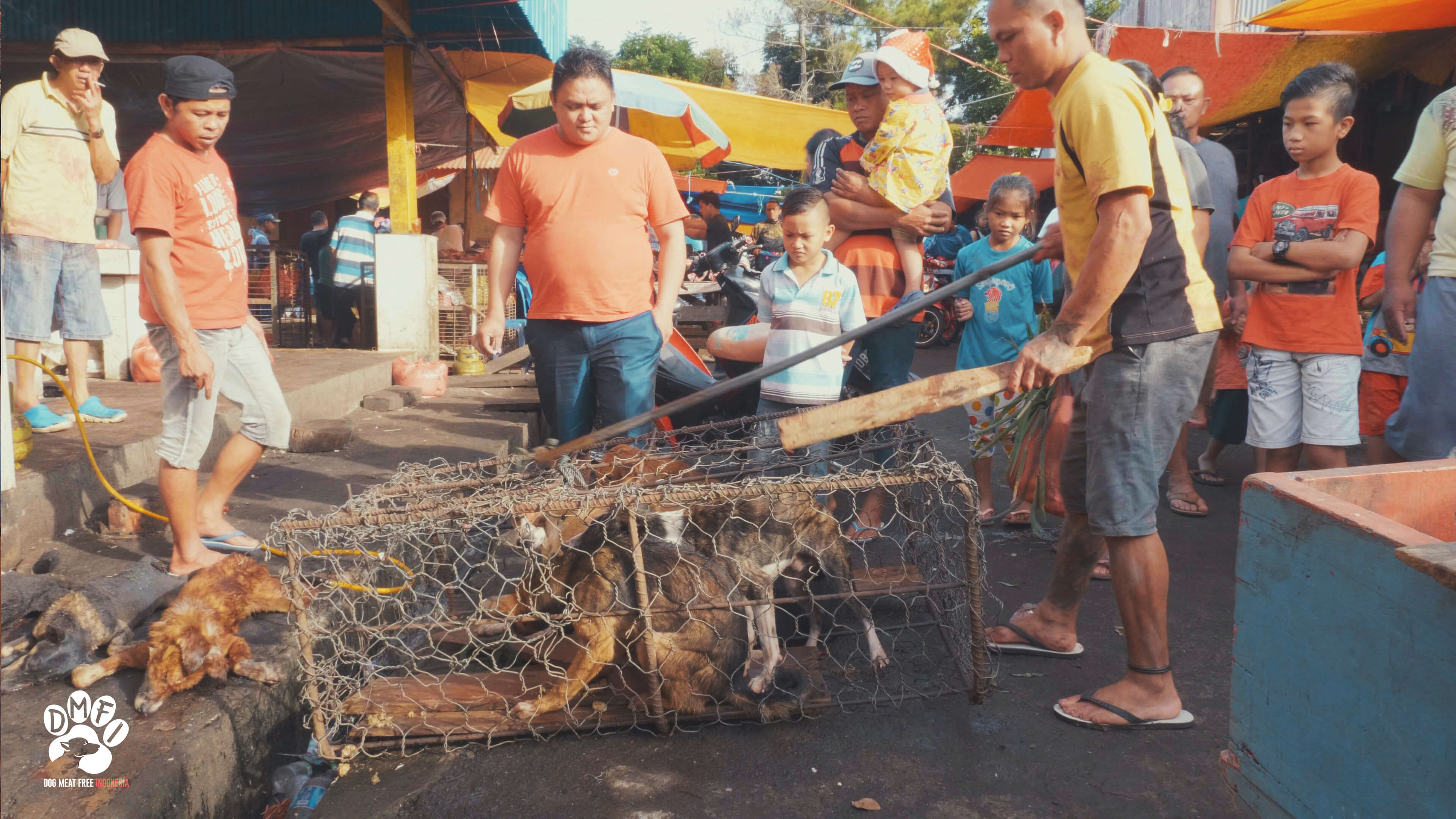 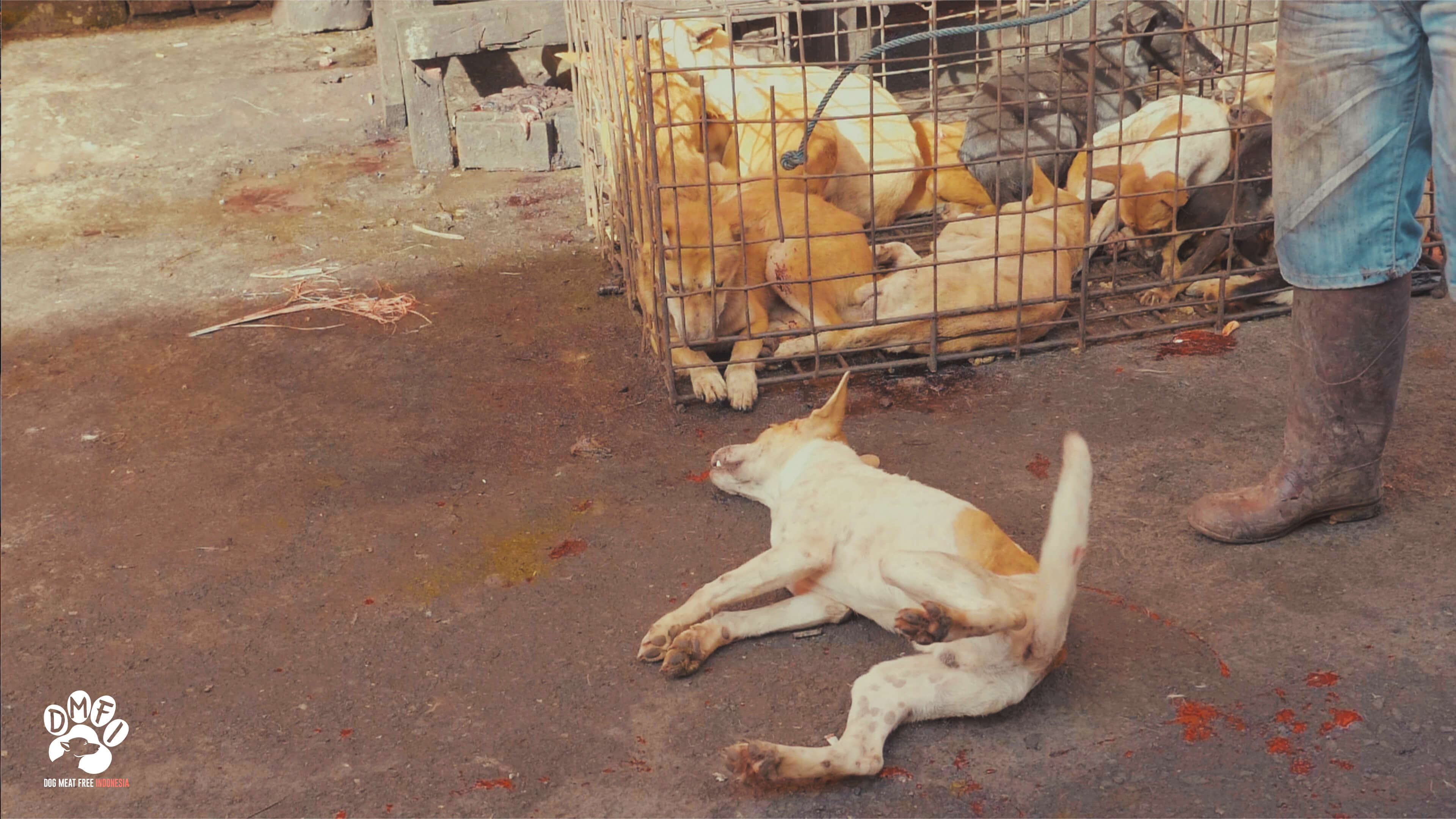 We are shocked to discover that local authorities and tour operators promote these markets to tourists as a “must see”. The promotion of such markets trivialises the very serious nature of the animal suffering and cruelty found there. Animal cruelty should never be promoted as a form of entertainment.

Not only is this trade cruel, it also poses a threat to public health and safety, and is largely illegal.


Whilst some may defend these practices as local “custom”, we do not believe that custom should ever be allowed to excuse or normalise animal abuse. Most people in Indonesia do not eat dogs and cats, and would be appalled at the brutality of these markets. The reality is that, regardless of its origin, the live animal markets undermine national and public interest and safety, and promote the illegal sourcing and trading of animals, posing a serious risk to human health, and animal welfare.

The suffering of the animals at these markets is heart-breaking, and must be stopped!


The Dog Meat-Free Indonesia Coalition urges the authorities to take immediate action to address our grave concerns, and calls for the immediate closure of these horrific and unsanitary markets. This is essential to stop illegal activity, prevent large-scale animal cruelty, protect children from violence, and safeguard public health including the nation’s attempts to eliminate the deadly rabies virus.

There is an ever-growing opposition to the dog and cat meat trade within Indonesia and globally, and we are committed to working with the government to identify solutions to ensure the protection of animal welfare and public health and safety, which are gravely compromised by the trade.

We have written to the local and provincial governments as well as the central government urging them to take immediate action to tackle the cruel and dangerous live animal markets, and the trade nationwide.
You can read the letters we sent here

But we need YOUR help!

Here are 3 things YOU can do to help Indonesia’s dogs and cats today!

Call for a Dog-Meat Free Indonesia

Sign the petition calling on the President of Indonesia to take urgent actions to tackle the illegal trade in dogs that plagues the country, resulting in unimaginable animal cruelty, and seriously risking public health and safety

Please help us to raise vital awareness of the suffering endured by millions of dogs and cats in Indonesia at the hands of the dog meat traders, and make your opposition heard by joining us in our social media campaign!