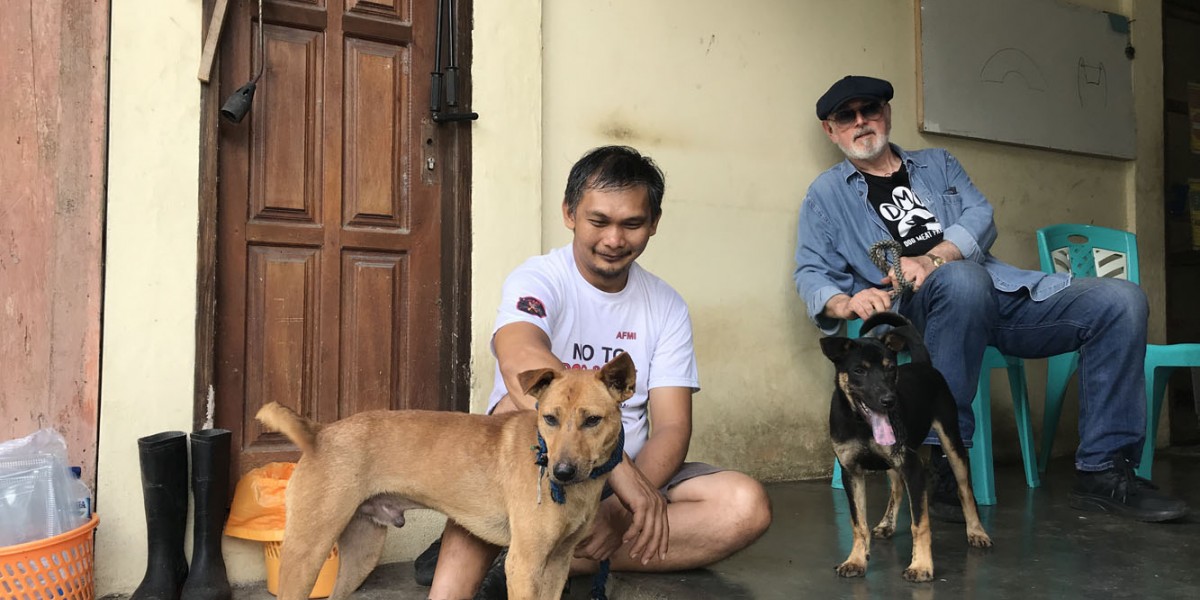 Added on Monday, 11 March 2019
In March 2019, we returned to North Sulawesi’s cruel dog and cat meat markets with our wonderful Ambassador Peter Egan. The visits were heartbreaking, as always, and never get any easier. And not being able to save all the dogs and cats who are in the most horrific of places and who have already endured so much cruelty as they await a brutal slaughter, is a haunting experience that stays with you for the rest of your life. But we saved those we could, and on one of the days, we were able to save 4 dogs, including a beautiful puppy we named “Mars”.

As part of our ongoing campaign, the Dog Meat Free Indonesia coalition was in North Sulawesi with our wonderful Ambassador Peter Egan and filmmaker Andrew Telling in March to document the brutal dog and cat meat markets. Peter and Andrew are committed to working with us to help us to continue to raise vital awareness of the extreme cruelties and dangers inherent in the trades, and to put pressure on provincial and central governments in Indonesia to take action.

On one of the days we were visiting the markets, we were able to save 4 dogs – this is their story as told by DMFI coordinator Lola, who accompanied Peter and Andrew on their visit…

“By the time we arrived at Langowan market – one of over 200 dog and cat meat markets in the province of North Sulawesi – most of the dogs had already been slaughtered for the day, but there were about 10 dogs who were still caged and awaiting slaughter. In markets like these, customers come and pick a dog they want slaughtered and butchered as generally consumers like to see the dog alive that they are going to eat." 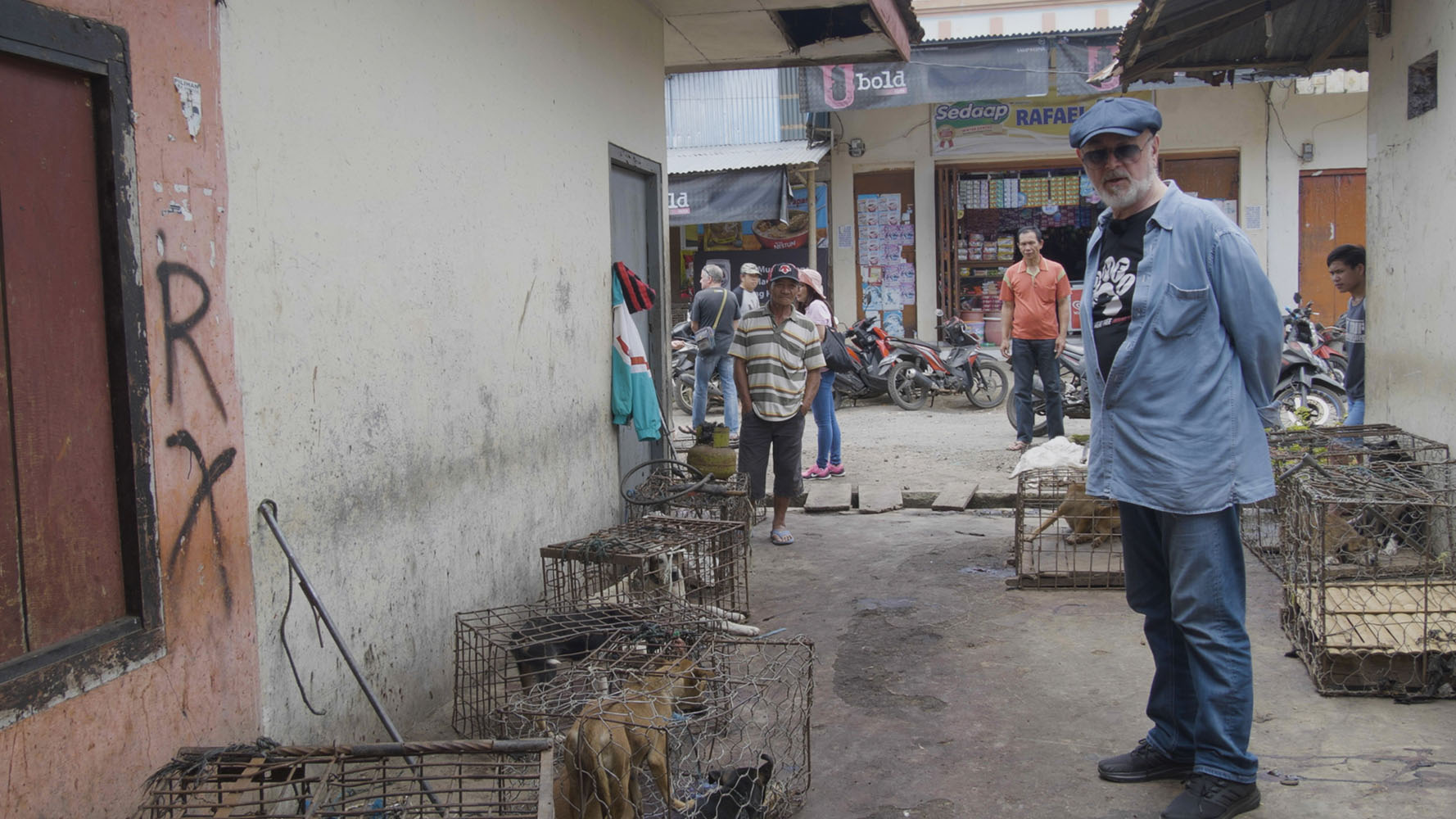 "It is the most indescribable experience being surrounded by caged dogs, the floors and cages – and their faces – splattered with blood from animals who have already been bludgeoned to death. It is overwhelmingly sad to witness so much suffering, knowing that they have already endured so much – from being stolen from the streets and people’s homes in surrounding provinces and surviving a gruelling journey – sometimes having lasted for days – only to arrive at markets like these where they tremble in fear as they watch their cagemates being slaughtered.

It hurts profoundly not to be able to save them all and to make their suffering end.

On that day, Peter and I – with help from our friends from the local (and only) animal protection group in the province, “Animal Friends Manado Indonesia” (AFMI) – secured the rescue of four dogs. I believe these four were definitely stolen pets, and two of them – including the one we named “Mars” – were wearing collars…" 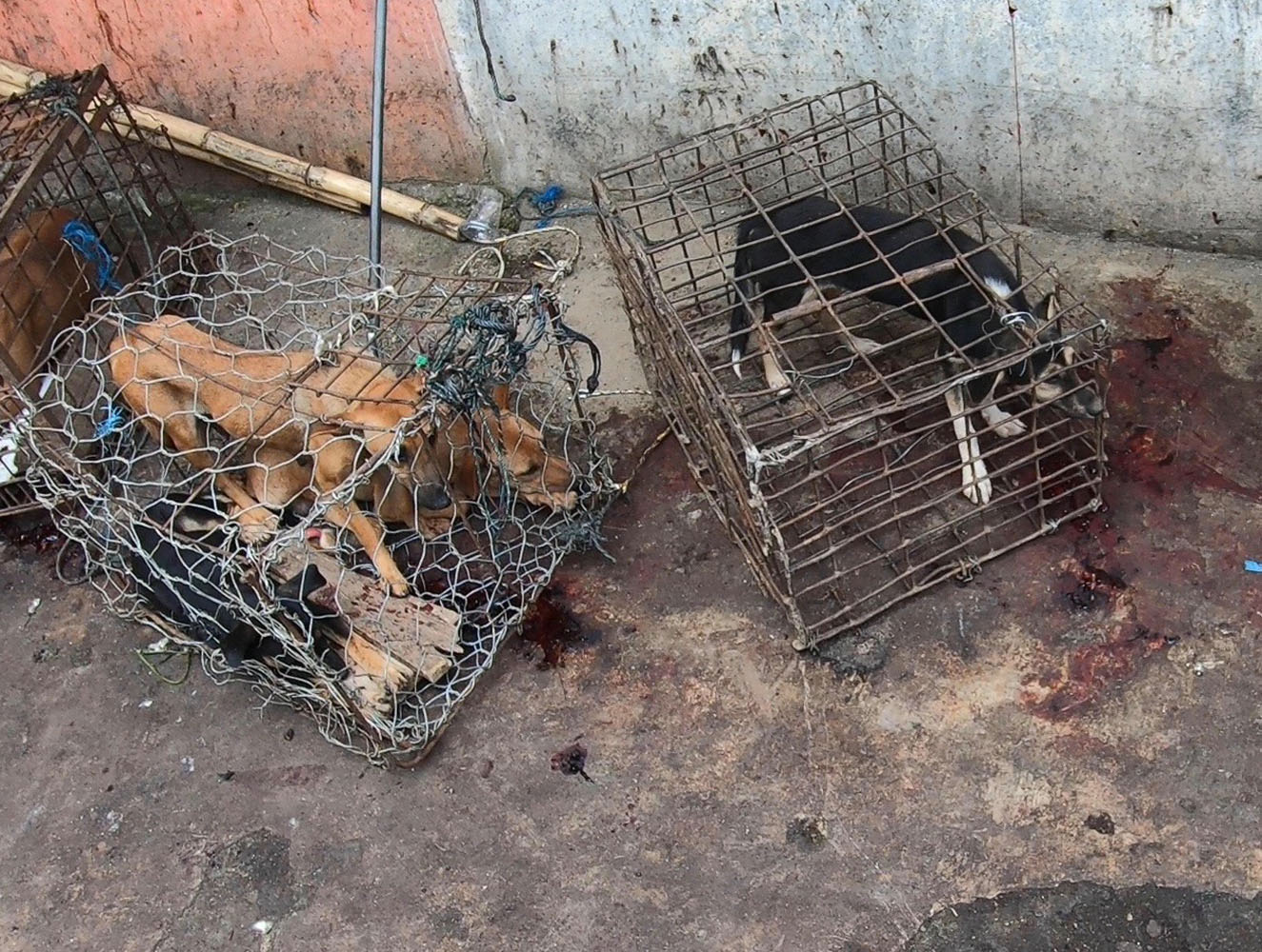 Once we had secured their rescue, we drove them to AFMI’s shelter where all their dogs and cats are offered life-long care as the majority of animals are never adopted; and because of rabies laws and regulations, we cannot legally move dogs to outside the province for rehoming.

Once they arrive, they are provided with food and water and somewhere clean and quiet to rest, before receiving a veterinary check over and care plan as needed. They are then quarantined for rabies and other transmissible diseases for 4 weeks before being introduced to the other residents!

One dog we rescued that day, a beautiful puppy, was immediately adopted by a local family who volunteer with AFMI. We named her “Mars”, and as soon as she has been quarantined she will go and live with her forever family, including another puppy called “Pluto”!" 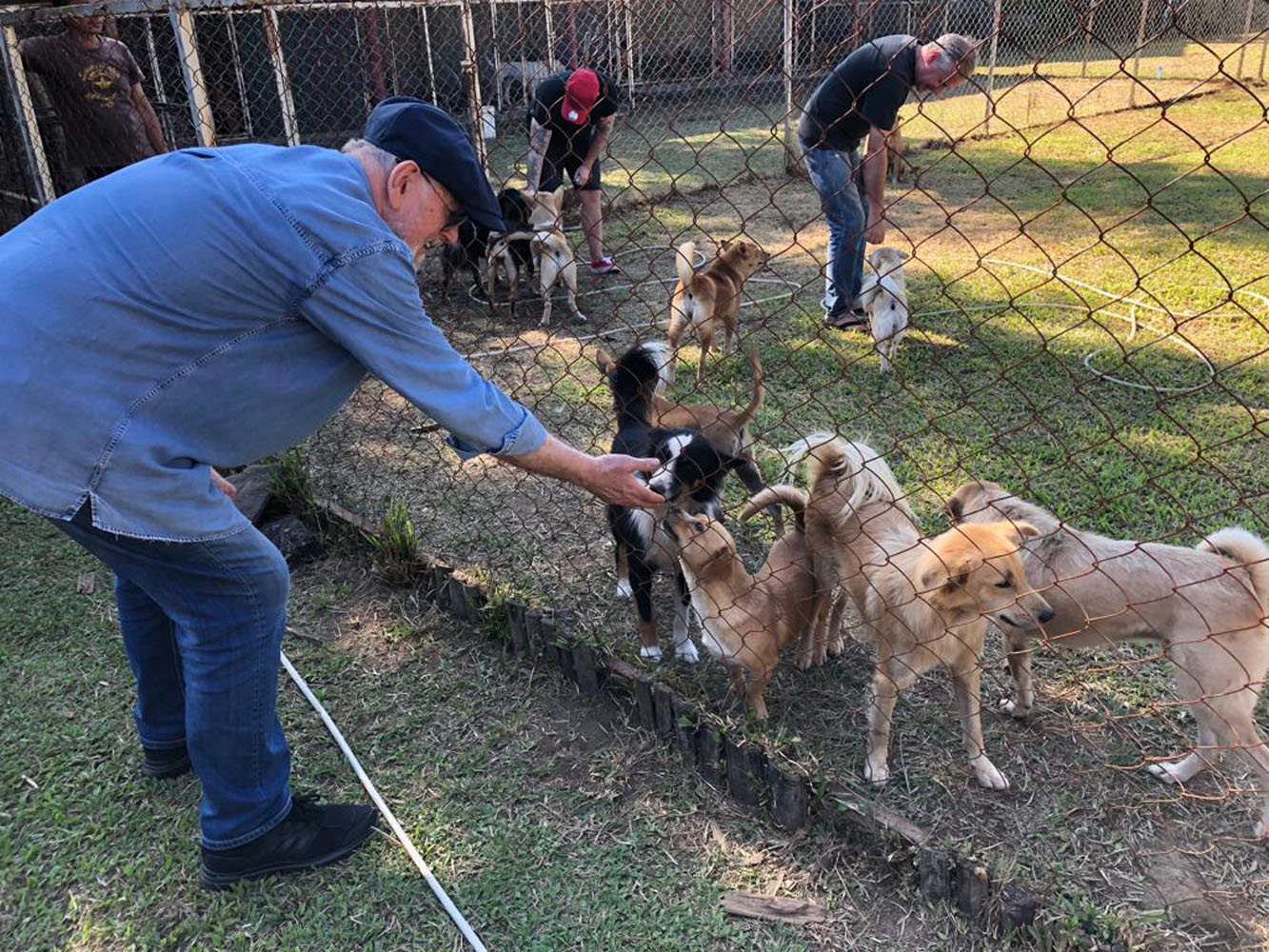 "What is always so incredible about the four dogs we rescued was that within less than an hour of arriving at the shelter, they seemed to crave human touch, and licked my hand and lent in for affection. It is absolutely heartbreaking and so shameful… we have so much to learn from dogs!”