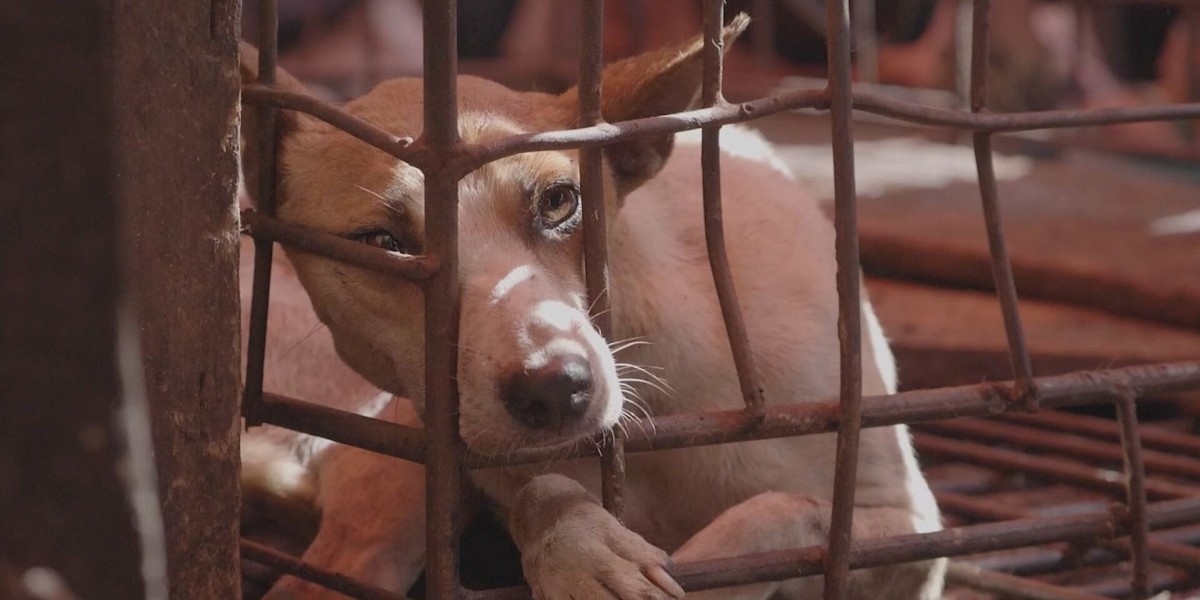 The stars added their voices to the Dog Meat Free Indonesia campaign, which has collected petition signatures from nearly 265,000 people. Despite COVID-19 infections and fatalities continuing to soar in Indonesia, with unprecedented societal and economic impacts, markets trading wild animals and dogs and cats for consumption continue to operate unchallenged and in blatant disregard for existing laws and regulations pertaining to disease control.

The celebrity video by Dog Meat Free Indonesia is released on the same day as the coalition presents its second open letter to President Jokowi warning of the potential national and global health catastrophe if the government continues to allow these markets and trades to continue operating unchallenged and in blatant disregard for existing laws and regulations pertaining to disease control.

This laissez faire approach by the provincial and central governments is despite the worsening situation of the Covid-19 pandemic throughout Indonesia, with all 34 provinces now affected with over 13,000 infections and nearly 1,000 deaths officially recorded nationwide. Campaigners warn that, without urgent and proactive measures, the archipelago risks becoming the next source of origin of a deadly zoonotic disease, as hundreds of markets nationwide, many of which are in densely-populated cities, such as Jakarta, Medan and Manado, continue to operate daily.

The footage that moved celebrities to join the campaign was filmed by the DMFI coalition in just a couple of North Sulawesi’s estimated 200 “traditional markets” where wild animals, including bats, rats, and reptiles, are sold and slaughtered alongside dogs and cats and other domesticated animals on public streets in front of terrified, tightly-caged animals surrounded by pools of blood, faeces and offal, as passers-by and children watch.

The squalid conditions of the markets into which thousands of wild-caught animals, dogs and cats, all from various sources and of unknown disease status, are illegally trafficked every day, provide almost identical environments to those from which COVID-19 emerged. They are potentially exposing hundreds of thousands of people each week throughout Indonesia to a variety of zoonotic diseases, including the fatal rabies virus, which is now endemic in all but 8 of the nation’s 34 provinces and whose transmission is known to be facilitated by the dog meat trade.

The illicit wildlife, dog and cat meat traders have continued “business as usual” in defiance of the ever-growing concerns from governments, inter-governmental human and animal health experts and key stakeholders from around the world, warning of the risks posed by animal markets; and in the letter to the President, the DMFI warns that, “Trades that affect national and international welfare and stability can no longer be ignored or defended as personal choice or culture. Now is a critical time for countries around the world to review and reconsider their existing policies pertaining to the source production/capture, sale, and slaughter of all animal species destined for human consumption, including dogs, cats and wildlife.”

Karin Franken, Director at Jakarta Animal Aid Network, and DMFI founding member, said: ““It is essential that governments around the world act to address the source of deadly zoonotic pathogens to ensure they are not the next point of origin for the next pandemic.  Without proactive and stringent measures in place to prevent cruel animal trades and markets that provide the perfect breeding grounds for viruses and bacteria, the question is not whether another pandemic will emerge, but when. To date, the only actions taken by authorities in Indonesia are those of Surakarta city who, in a misguided bid to prevent the spread of COVID-19, confiscated hundreds of bats from traders at Depok Market and subsequently burned them alive! Such ignorant and cruel acts must never happen again, and we urge the authorities to take urgent but humane actions to protect human and animal health and welfare.”

Since the COVID-19 outbreak emerged from Wuhan in late December 2019, the Chinese authorities have adopted tough measures to curtail the spread of the coronavirus or emergence of the next deadly disease, announcing that the sale of all terrestrial wildlife for consumption would be prohibited nationwide. Following this, last month the Chinese cities of Shenzhen and Zhuhai introduced city-wide bans on dog and cat meat consumption, and were joined by the capital Beijing in also banning the wildlife consumption trade. The national government also publicly stated that dogs are considered companion animals, explaining their absence from the country’s revised livestock list of animals considered “food”. DMFI campaigners hope that Indonesia will follow China’s example, particularly considering Indonesia’s Ministers announced similar opposition to dog meat as “food” back in 2018, along with promises of action.

“The DMFI has been lobbying the government since 2017 to end the dog and cat meat trades and to close down Indonesia’s cruel and unhygienic live animal markets. We have said from the beginning that this is essential not only to protect the tens, if not hundreds, of thousands of animals every day that endure the most unimaginable and indescribable cruelty, but also to safeguard the health and safety of the entire nation! We know that only a tiny minority of Indonesians ever consume dog, cat or “exotic” meats, yet the government’s inaction is prioritising the profits and choices of a few at the expense of us all.” – Lola Webber, co-founder of Change For Animals Foundation and coordinator for the Dog Meat Free Indonesia coalition.