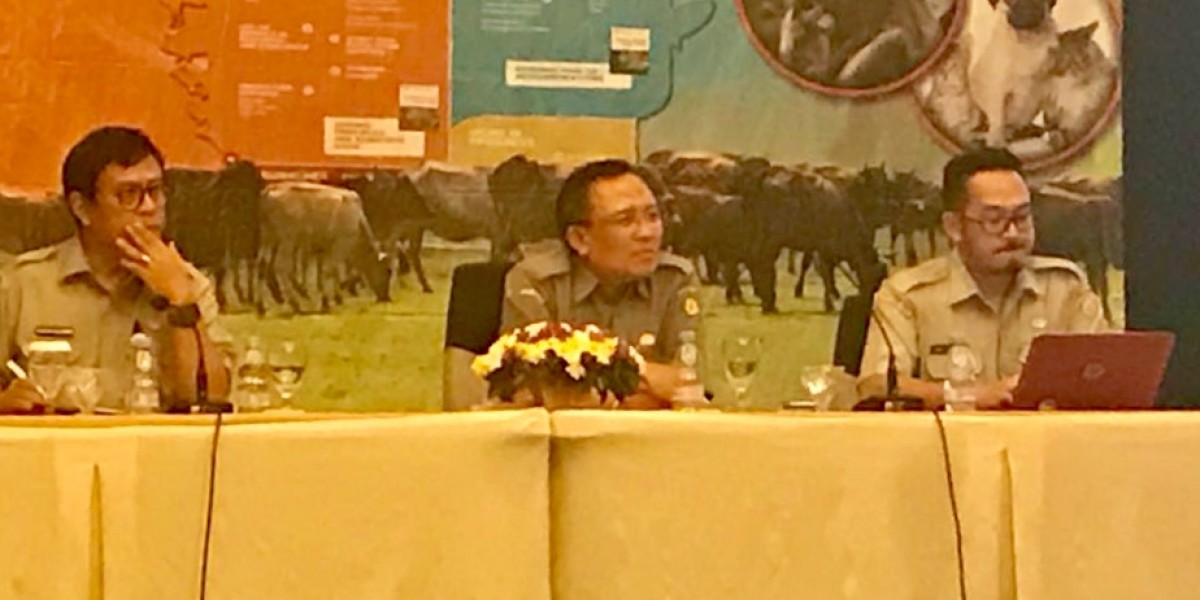 Added on Tuesday, 07 August 2018
On the 1st & 2nd August, the Dog Meat Free Indonesia Coalition attended the “National Coordination of Animal Welfare” meeting held by the Directorate of Veterinary Public Health (sub-directorate of Animal Welfare of the Ministry of Agriculture of Indonesia). A major breakthrough came when, at the close of the meeting, all national participants agreed to issue a ban on the trade of dog and cat meat in Indonesia and to prohibit the issuance of health certification for dog and cat meat for human consumption.

JAKARTA (6 Aug 2018) — Campaigners with the Dog Meat-Free Indonesia coalition are celebrating a major breakthrough in their efforts to end the brutally cruel dog and cat meat trades, following a national government pledge to ban the trades. The DMFI comprising local and international groups Animal Friends Jogja, Jakarta Animal Aid Network, Change For Animals Foundation, Humane Society International and Four Paws, have exposed the suffering of the dog and cat meat trade through shocking nationwide investigations where dogs and cats were filmed being bludgeoned to death and blowtorched alive, as well as exposed the routine theft of pet dogs and the rabies risk the trade poses to locals and tourists alike.

The announcement came at a “National Coordination of Animal Welfare” meeting in Jakarta held on August 1st and 2nd by the Directorate of Veterinary Public and attended by national and regional government representatives. At the close of the meeting, all national participants agreed to issue a ban on the trade of dog and cat meat in Indonesia and to prohibit the issuance of health certification for dog and cat meat for human consumption.

This agreement comes just days after campaigners from the Dog Meat Free Indonesia coalition issued a public warning that millions of global tourists could be at risk of exposure to the deadly rabies virus spread by the county’s illegal dog and cat meat trade, and just two weeks before the country hosts the 18th Asian Games, when some three million tourists are expected to visit the capital city of Jakarta. In January the DMFI also coordinated a letter to President Joko Widodo calling for urgent action and signed by over 90 national and international celebrities including Cameron Diaz, Chelsea Islan, Dame Jane Goodall, Sophia Latjuba, Simon Cowell and Ellen DeGeneres. DMFI’s global petition has also been signed by over 930,000 people from around the world.

“The extreme cruelty of Indonesia’s dog and cat meat trades is intolerable under both Indonesia and international animal welfare standards, and the government is right to be concerned about the impacts of these trades on its international reputation. With our growing awareness of animal sentience comes a greater responsibility to protect animals from cruelty. Customs evolve and the nationwide movement from within Indonesia calling for an end to these trades is proof that Indonesia is ready to banish the dog meat trade to the history books of shame and illegality. This latest announcement will be celebrated globally!” – Lola Webber, Director at Change For Animals Foundation.

“Given the growing evidence of the risk the trade poses to rabies transmission, coupled with the evidence of animal cruelty and illegality, the international community wholeheartedly welcomes and applauds this groundbreaking development in Indonesia” – Katherine Polak, FOUR PAWS.

“We greatly appreciate the government's initiative, especially the Directorate of Veterinary Public Health, for hosting this important meeting to discuss a number of animal welfare issues including the dog and cat meat trade, and applaud the huge progress that is being made. Finally, the government acknowledges that the cruelty of the dog and cat meat trade is unacceptable and must be stopped.” – Karin Franken, Jakarta Animal Aid Network.

“This is such a victory for Indonesia and the Indonesian government has given us hope and motivation to collaborate with the government. We are one step closer to a dog and cat meat-free Indonesia!” – Bobby Fernando of Animal Friends Jogja.

“The dog and cat meat trade is utterly brutal, a risk to human health and largely fuelled by crime, so we applaud the Indonesian government for pledging to end the trade following our DMFI investigations. We hope that this bold step will send a strong message to other countries across Asia, such as China, South Korea, India and Vietnam where 30 million dogs and 10 million cats suffer unimaginable cruelty for the meat trade, many of them stolen pets. We stand ready to work with the Indonesian authorities to implement a robust ban, end the slaughter, and bring us one step closer to shutting down these dreadful trades for good.” - Kitty Block, President, Humane Society International.

The meeting in Jakarta last week was attended by all representatives of livestock and animal health departments, animal quarantine agencies, veterinary faculty academics, the Indonesian Veterinary Medical Association and several non-governmental organizations from all provinces in Indonesia.

Mr Syamsul Ma'arif DVM , M.Si , Director of veterinary public health warned of the impacts the dog meat trade is having on animal welfare and described the trade as “torture for animals” after reviewing DMFI’s investigation footage. He also cited the risk the trade poses to Indonesia’s international reputation, warning that “foreign countries find a low standard of animal welfare and cruelty unacceptable and will stop visiting Indonesia which is very bad for our tourism.” He added that “dog meat or any animal that is not registered as farm animals, is illegal” and that the way in which the dogs were handled and transported alone were a violation of animal welfare and must be stopped.

Indonesia’s tourism industry has already experienced the impact of international outrage when in June 2017, investigations in Bali exposed the horrors of the tourist island’s hidden dog meat trade. Tourists were unknowingly being sold dog meat under the guise of chicken satay. Further global outrage occurred in January 2018 following the DMFI’s exposé of Tomohon Market – described by DMFI investigators as “walking through hell” – which resulted in TripAdvisor removing its promotions of the city’s market stating that, “We have investigated the TripAdvisor listing page for Tomohon Extreme Market and concluded that it does not meet the standards set by our listings policy. As a result, we have permanently removed the listing from both our site and our app.”

The results of this national meeting will be used as a recommendation for the Ministry of Agriculture to formulate a PERMENTAN (Minister of Agriculture regulations) regarding the ban on trade in dog and cat meat and that of exotic animals in Indonesia. 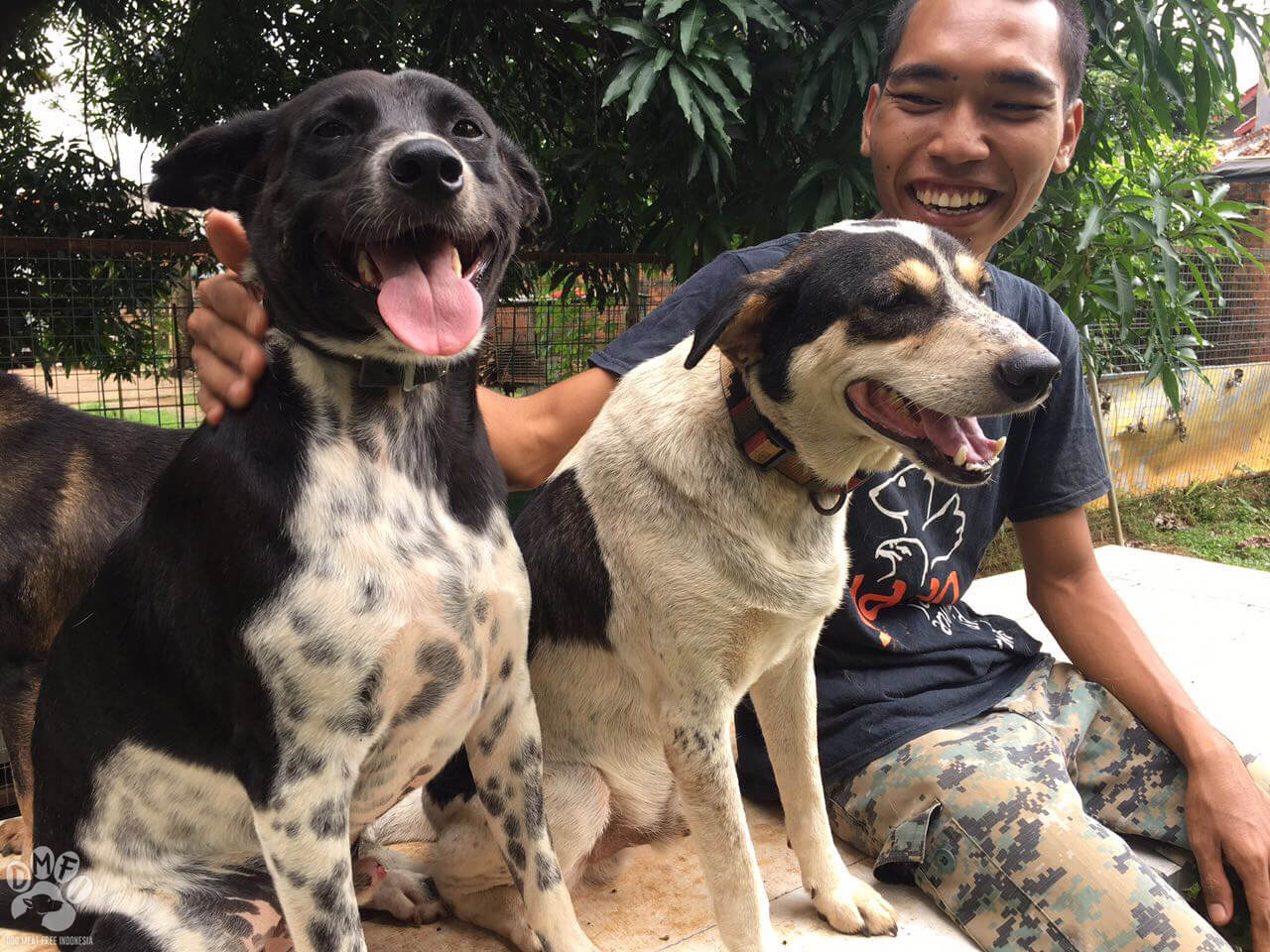 On Thursday 4th October, an official government letter was issued to provincial governments calling for action to be taken to tackle the country’s dog and cat meat trade, following the pledge made on the 2nd August. The Dog Meat Free Indonesia coalition applauds the government for their actions to end these cruel and dangerous trades, and with this official letter, we are one step closer towards an end to the dog, cat and exotic meat trades!

Whilst this is a great step forward, we still have a long way to go to ensure this results in real and impactful change for animals in such desperate need for change, and the coalition will never stop fighting until the last dog and cat slaughterhouse, restaurant and market is closed.

But we need your continued support >>