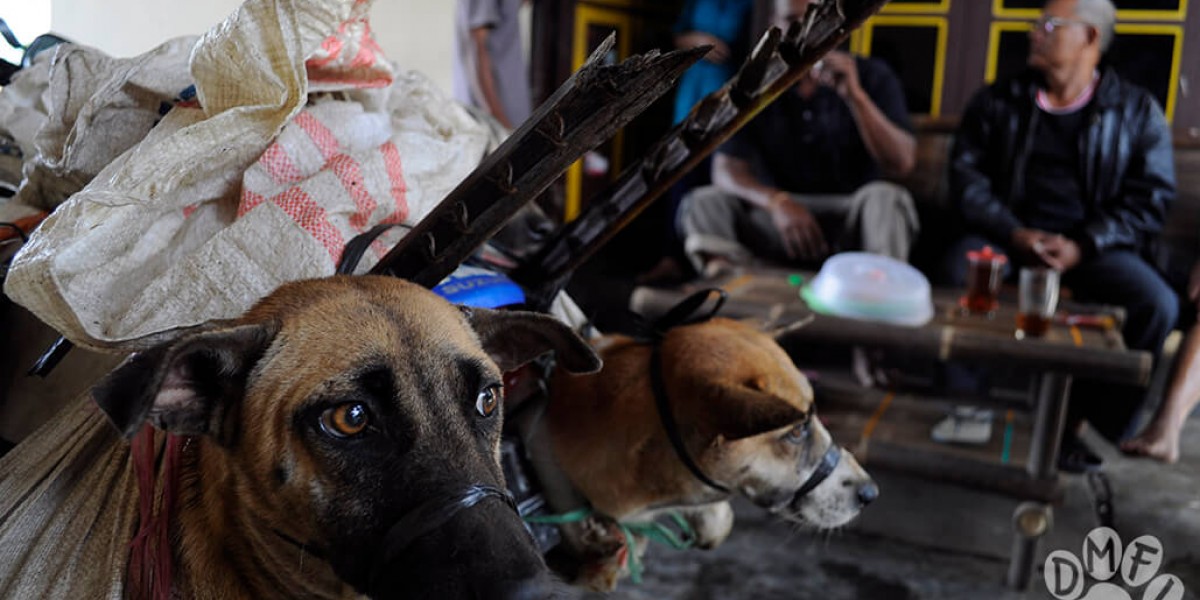 JAKARTA (26th September) – Nearly 100 animal charities from across the world, including Humane Society International, Change for Animals Foundation, the Jane Goodall Institute, Four Paws and Animals Asia, have called for stronger action by governments to tackle the significant threat of rabies posed by the brutal and often illegal dog and cat meat trades, that results in the trade and slaughter of an estimated 30 million dogs and cats each year across Asia for the meat trade.

An estimated 50,000 – 70,000 people die of rabies globally every year, with approximately 90 percent of case reported from Asia, and the campaigners including the Dog Meat-Free Indonesia coalition, the Asia Canine Protection Alliance, China’s Capital Animal Welfare Association and the Taiwan SPCA, warn that the global goal to end human rabies deaths by 2030 will be impossible to achieve without a robustly enforced ban on the dog meat trade.

The organisations, representing groups from across Indonesia, China, Hong Kong, Vietnam, the Philippines, India, Cambodia, Singapore, Taiwan as well as Europe, the United Kingdom and the United States, are highlighting the significant role that the dog meat trade can play in spreading the lethal rabies virus throughout Asia, across countries, islands and provinces and into densely-populated cities. The World Health Organisation and the Global Alliance for Rabies Control have both acknowledged the link between the spread of rabies and the dog meat trade which sees large numbers of dogs of unknown disease status moved vast distances. The trade operates in breach of rabies control recommendations by all leading human and animal health experts including FAO, OIE, WHO and PAHO [1], as well as national disease control and animal welfare laws and regulations.

There is considerable evidence spanning decades from throughout Asia of the link between the dog meat trade and rabies transmission. Studies from Vietnam [2], China [3] and Indonesia [4] have proven that rabies-positive dogs and carcasses often appear in markets and slaughterhouses – as high as 16.4 percent in Vietnam [5] – and the movement of different strains of the rabies virus in dogs being traded for human consumption has also been tracked. There have also been a number of human rabies deaths directly linked to slaughtering, butchering, handling and even consumption of meat from infected dogs. For example in Vietnam a 2007 rabies outbreak saw 30 percent of human deaths linked to exposure during the slaughter and butchery of dogs [6]. And in the same year, research conducted in markets in Indonesia’s North Sulawesi province demonstrated that between 7.8 and 10.6 percent of dogs being sold for human consumption were infected with rabies [7].

The Centers for Disease Control and Prevention of the United States commented in an email to a Dog Meat-Free Indonesia campaigner: “There are reports that dog-meat markets have a higher rate of rabies than the general dog population, as people often sell dogs to the markets when they act sick; some of these sick dogs have rabies.… Furthermore, there are at least three published reports of humans acquiring rabies from activities associated with the dog meat market, emphasizing that the risk is very real.”

The U.S. House of Representatives voted this month to ban the trade of dog and cat meat in the United States.

In Indonesia, although the central government made a public pledge in August this year to ban the dog and cat meat trades, the Dog Meat Free Indonesia coalition is still waiting for Ministers to act on the pledge, and says that some provincial governments are utterly failing to take the rabies risk or extreme animal cruelty seriously at all. In July this year, a DMFI investigation revealed a rabies-positive dog carcass for sale at Tomohon extreme market in North Sulawesi, the latest in a number of similar cases across Indonesia. In 2007, research conducted in markets in North Sulawesi (Manado, Airmadidi and Langowan) showed that between 7.8% and 10.6% of dogs being sold for human consumption were infected with rabies.

Lola Webber from Change for Animals Foundation, says: “It is estimated that just 7 percent of Indonesia’s population consume dog meat, but the trade continues to jeopardise the health and safety of the entire nation. It is no coincidence that the provinces and regencies with the greatest demand for dog meat are also those with the highest prevalence of rabies, with devastating societal, economic and animal welfare impacts. Attempts to maintain rabies-free statuses of cities and provinces, and to control and eliminate rabies where rabies is still present, will fail without addressing the trade in dogs for human consumption.”

North Sulawesi Province continues to have some of the highest numbers of human deaths attributed to rabies in Indonesia, with a majority of those cases in Minahasa Regency, just south of Manado in North Sulawesi. There are more than 200 “traditional markets” throughout North Sulawesi, slaughtering tens of thousands of dogs and cats each week, with dogs being imported from other provinces of Sulawesi island into densely-populated areas, including the provincial capital of Manado.

As Manado is set to host World Rabies Day events this month, the Dog Meat-Free Indonesia coalition says it smacks of utter hypocrisy given the city’s disastrously pivotal role in sustaining the dog meat trade, and the reluctance shown by the Governor of North Sulawesi to tackle the trade.

Karin Franken from Jakarta Animal Aid Network says: “It is not an option for the provincial and central governments to not address this urgent issue that jeopardises Indonesia’s rabies-free aspirations and those cities that have worked tirelessly to secure their rabies-free status, including the capital city of Jakarta. If Manado truly wants to take tackling rabies seriously and to host World Rabies Day events, the province’s extreme dog and cat meat trades cannot be ignored.”

The DMFI’s campaign for ban in Indonesia has received high-profile support from global and Indonesian celebrities including Cameron Diaz, Chelsea Islan, Simon Cowell and Ellen DeGeneres, all calling for urgent action to protect animals and people.

In Vietnam, Hanoi’s Vice Mayor Nguyen Van Suu recently urged residents to stop eating dog meat because consuming the meat could lead to the spread of diseases like rabies and leptospirosis. This move was followed by an announcement that the capital city of Hanoi would be dog meat-free by 2021, but Humane Society International Vietnam director, Tham Thi Hong Phuong, says the country needs actions not just advertising campaigns.

Phuong says: “We estimate that around 20,000 dogs are transported every month from the South to the North of Vietnam for slaughter, creating an easy way for rabies to be spread across the country. It’s encouraging to see the Hanoi authorities publicly acknowledge the risk and commit to banning the trade from central districts in Hanoi by 2021, but if they are serious about tackling rabies, they need to get serious about stamping out the dog meat trade across the whole country.”

In the Kingdom of Cambodia, rabies remains a major public health burden, killing more than 800 people every year. Dr. Katherine Polak from FOUR PAWS explains, “To put it in perspective, the annual incidence of human deaths from rabies in Cambodia is about six per 100,000 citizens. This is comparable to the annual incidence of road deaths in the entire European Union[8] in the mid-2000s. In a country with no national program to address rabies and limited post-exposure prophylaxis (PEP), tackling the dog meat trade would be one of the simplest, cheapest, and high-impact interventions the government could take. In neighboring Thailand, we applaud the actions taken by the Thai Department of Livestock to stop the illegal transport of dogs for meat.”

Professor Louis Nel of Global Alliance for Rabies Control says: “We may not be able to easily change culture or habit, but we should ensure compliance with proven animal disease prevention measures and stop the smuggling of dogs, to limit the spread of rabies, an endemic disease across Asia. These traders are driven solely by profit and are disregarding the risks to human and animal health.”

The groups’ open letter concludes: “Based on mounting evidence from throughout Asia and on decades of experience in successful rabies elimination programs from around the world, it is undeniable that the dog meat trade and rabies elimination efforts are incompatible, and that cities and countries around the world will never be able to secure and maintain rabies-free statuses without addressing the trade in dogs for human consumption. We, the global animal protection community, therefore call on the national and regional governments of all countries where the dog meat trade is prevalent to take strong and urgent actions to end the trade in dogs for human consumption and the sale and consumption of such meat and associated products. If we are serious about eradicating human rabies deaths, we have a global responsibility to end the dog and cat meat trades for good.” 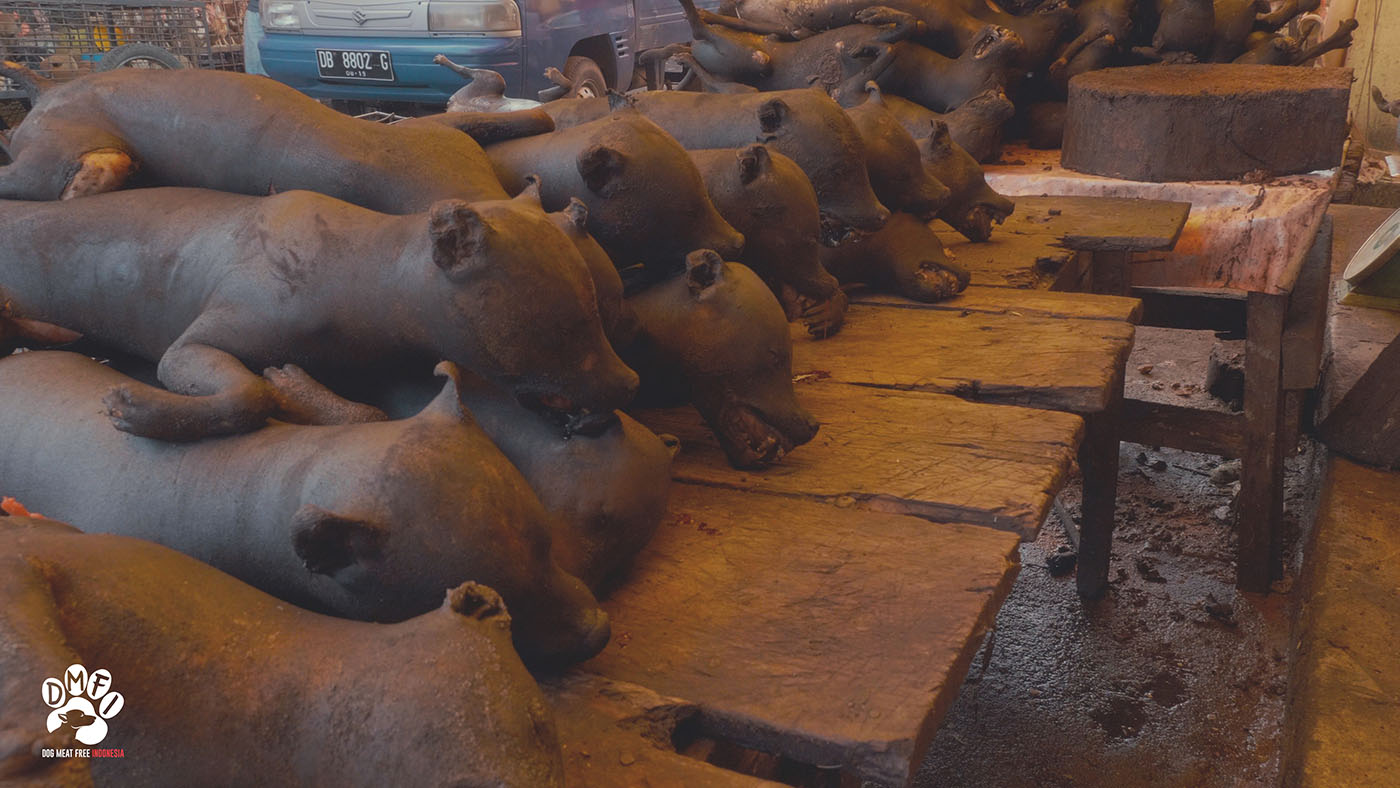 Signatories to the open letter are: