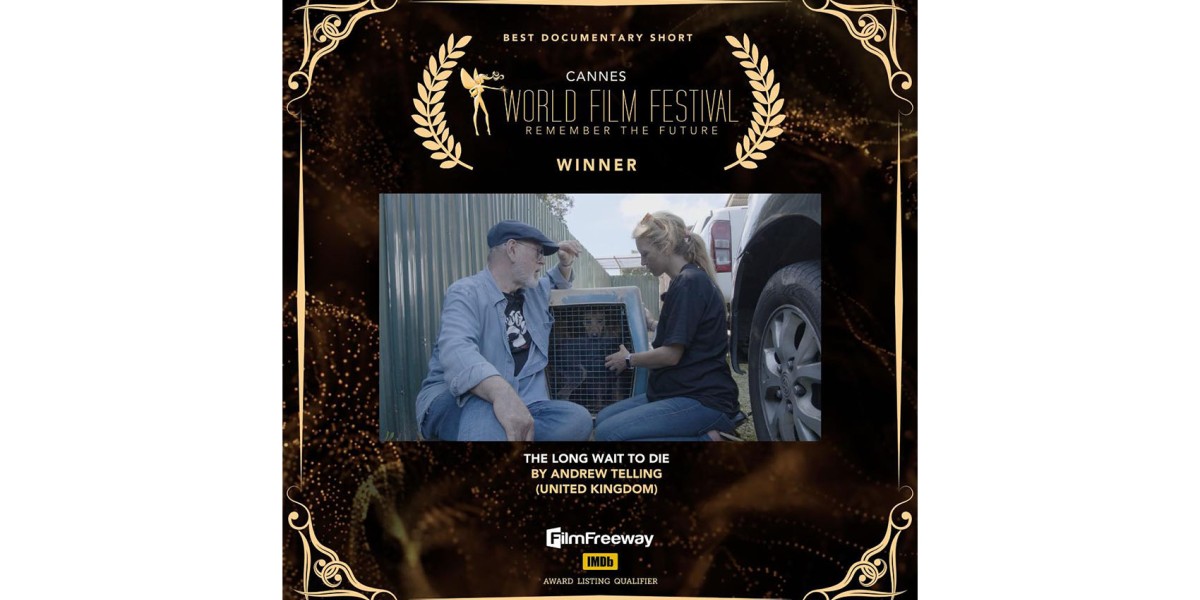 Added on Thursday, 30 December 2021
In March 2019, British actor Peter Egan and filmmaker Andrew Telling of Orange Planet Pictures, travelled from London to North Sulawesi to accompany DMFI representatives to shine an international spotlight on the dangers and inherent cruelty of the province’s infamous live animal markets. The documentary exposes the cruelty and broken promises made by the authorities.

Filmed in 2019, the documentary “The Long Wait To Die”, featuring British celebrity and Dog Meat Free Indonesia (DMFI) ambassador Peter Egan, exposes the brutal reality of North Sulawesi’s live animal markets, where, every day, hundreds of dogs and cats, amongst countless other animals – domesticated and wild – languish in filthy cages waiting to be slaughtered.

Despite pledges for action being made to the DMFI in February 2018 by the authorities of Tomohon – home to the infamous “Tomohon Extreme Market” – to stamp out the trading and slaughtering of dogs and cats in their jurisdiction, during Peter Egan’s visit over a year later, the dog and cat meat traders were operating “business as usual”, despite their attempts to hide cages of dogs from the cameras to create an illusion of change.

DMFI investigations have revealed that the dogs are being illegally trafficked from other provinces on the island of Sulawesi, some coming as far away as Makassar, South Sulawesi, on a journey lasting days. Not only is the transprovincial trafficking of dogs illegal and cruel, it also poses a grave risk to public health and safety, facilitating the transmission of rabies.

The DMFI celebrates the recognition of the documentary by Cannes World Film Festival, hoping that this win and global recognition will help encourage real and impactful change to happen.

“Never has the need to tackle dangerous and illegal trades in animals been more pressing. The documentary was filmed before the global pandemic struck, yet our colleagues working on-the-ground in North Sulawesi say the markets and trafficking continue at the same rates as pre-COVID. Despite years of warnings, the authorities still seem to prioritize the profits and choices of a few over the health and welfare of the vast majority of not only those in North Sulawesi, but nationwide!”- Lola Webber, DMFI International coordinator.

DMFI opinion polls from January this year have revealed that whilst nationwide dog meat consumption rates are highest amongst the Minahasans and Manadonese, 96% of the population on the island of Sulawesi have either never consumed dog meat or do not intend to do so in the future; and 85% of the population believe that “the issue of dog meat trade/ slaughter of dogs and consumption of dog meat needs to be addressed immediately by all parties”.

“With 93% of the Indonesian population in support of a ban, is it not time for the authorities to take actions that reflect the vast majority rather than defending the choices and profits of the minority? We are seeing impactful change in Central Java and the Central Government has already called on provincial governments to take action to tackle the trade, on grounds of both animal welfare and public health and safety. Yet North Sulawesi remains defiant, despite years of warnings from national and international human and animal health experts, and despite lessons that must be learned from the origin of and devastation caused by COVID-19. These markets are a hotbed for diseases and, without change,  it is only a matter of time before another disaster.” – Karin Franken, DMFI national coordinator.