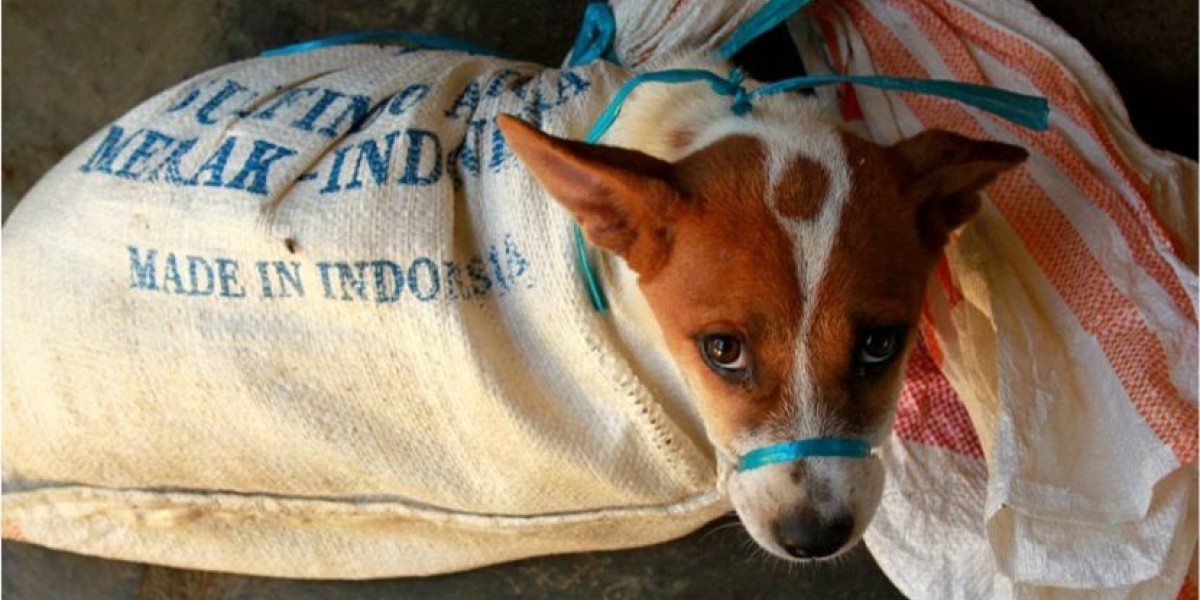 Added on Monday, 27 July 2020
Despite the Covid-19 pandemic that continues to cause global economic chaos, infections and fatalities, authorities in major cities throughout Indonesia continue to turn a blind eye to the illegal dog meat trades that health experts and campaigners warn facilitate the transmission of fatal zoonotic diseases.

Investigations by campaigners from the Dog Meat Free Indonesia (DMFI) coalition have revealed that dog meat traders continue to operate unchallenged by the authorities, despite growing evidence from throughout the region of the risks the trades pose to public health by facilitating the transmission of notifiable zoonotic diseases, including the fatal rabies virus.

Throughout Indonesia, each month tens of thousands of dogs are illegally trafficked long distances, often between rabies endemic and rabies-free provinces, to filthy slaughterhouses and markets, with conditions much like those from which Covid-19 is believed to have originated from.

The World Health Organization (WHO) has already explicitly highlighted the trade in dogs for human consumption as a contributing factor to the spread of rabies in Indonesia, and stated that 70 percent of global disease-causing pathogens discovered in the past 50 years came from animals.In a statement to the Dog Meat Free Indonesia coalition, the United States’ Centers for Disease Control and Prevention confirmed, “There are reports that dog-meat markets have a higher rate of rabies than the general dog population, as people often sell dogs to the markets when they are sick; some of these sick dogs have rabies.… Furthermore, there are at least three published reports of humans acquiring rabies from activities associated with the dog meat market, emphasizing that the risk is very real.”

Whilst the dog meat trade still operates in many provinces throughout Indonesia, DMFI investigations and research suggest that less than 7% of Indonesians consume dog or cat meat, and only a very small minority of the population benefit from the trades. However, campaigners warn that the dog meat trade affects the entire nation, potentially exposing thousands of people every day to a variety of zoonotic diseases in markets selling live and slaughtered dogs nationwide.

Since the outbreak of the pandemic, there have been growing calls from leading human and animal health experts and governments around the world for action to address the sources of deadly zoonotic pathogens to ensure they are not the next point of origin of the next pandemic.  In letters to President Joko Widodo sent in January and April, the DMFI warned that, “Trades that affect national and international welfare and stability can no longer be ignored or defended as personal choice or culture. Now is a critical time for countries around the world to review and reconsider their existing policies pertaining to the source production/capture, sale, and slaughter of all animal species destined for human consumption, including dogs”.

“The Indonesian Government pledged it would ban the trade in August 2018, but, despite warnings of the risks the dog meat trade poses to public health and safety and despite promises from the authorities to take action, we’ve seen very little commitment for action from the provincial or central government. The dog meat traders continue business as usual in major cities throughout Indonesia, including Jakarta, Medan, Yogyakarta, Bandung and Manado. These trades are not only brutal, but also present the perfect breeding ground for the next zoonotic disease outbreak. If the current pandemic has not served as a wake up call to the authorities for the need of action, we don’t know what will!” – Karin Franken, DMFI representative.

In recent months, local and central governments in the region have taken strong and swift actions to end practices that present grave risks to public health, cause moral outrage and threaten international reputations, including the dog meat trades. In April, the Chinese cities of Shenzhen and Zhuhai introduced city-wide bans on the trade in and consumption of dogs and cats; followed by the Indian State of Nagaland, and then Siem Reap became the first province in Cambodia to ban the sale and consumption of dog meat.

“The dog meat trade is as cruel as it is dangerous and whilst we have seen actions being taken by other cities and states in the region in recognition of the inherent cruelty, illegality and dangers of the trade, Indonesia remains silent on the issue. Science and history tell us that If we do not act, the question is not whether another similar pandemic will emerge, but when. In light of the catastrophic impact of this pandemic, a precautionary approach is required to limit all risks, and cruel, illegal and dangerous trades can no longer be ignored. Now is time for the Indonesian government to take action.” – Lola Webber, DMFI representative.