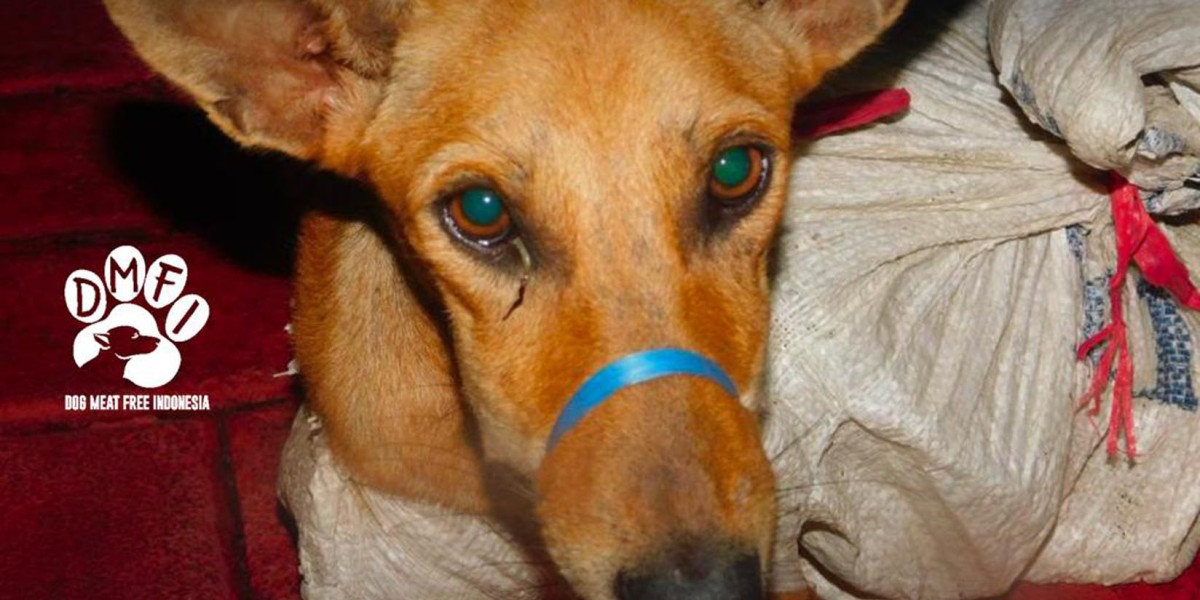 Added on Wednesday, 06 April 2022
A dog trafficker in Indonesia involved in the supply and slaughter of dogs for human consumption has been found guilty of breaking the law and sentenced to a record 17 months in jail. Despite a national government declaration that dogs are not considered food in Indonesia, this is only the country’s second conviction of a dog trafficker. Campaigners from the Dog Meat Free Indonesia coalition hope it signals a new determination by the authorities to crack down on the cruel and dangerous trade.

The conviction of Guruh Tri Susilo follows a police interception last year of a truck carrying more than 50 terrified dogs as they arrived at a makeshift slaughterhouse in Sukoharjo. The owner of the slaughterhouse is awaiting trial, with a sentence reading expected at the end of April. The dogs had been trafficked from West Java on a grueling 365-mile journey, for which Guruh was found guilty of breaking Law 18 of 2009 chapter 89 regarding animal health and husbandry. The trade within which Guruh worked saw pet and roaming dogs stolen from the streets in West Java to meet demand in dog meat eating hotspots in Central Java. One such hotspot is the city of Solo where DMFI investigations in 2019 revealed that 13,700 dogs are slaughtered for meat each month. 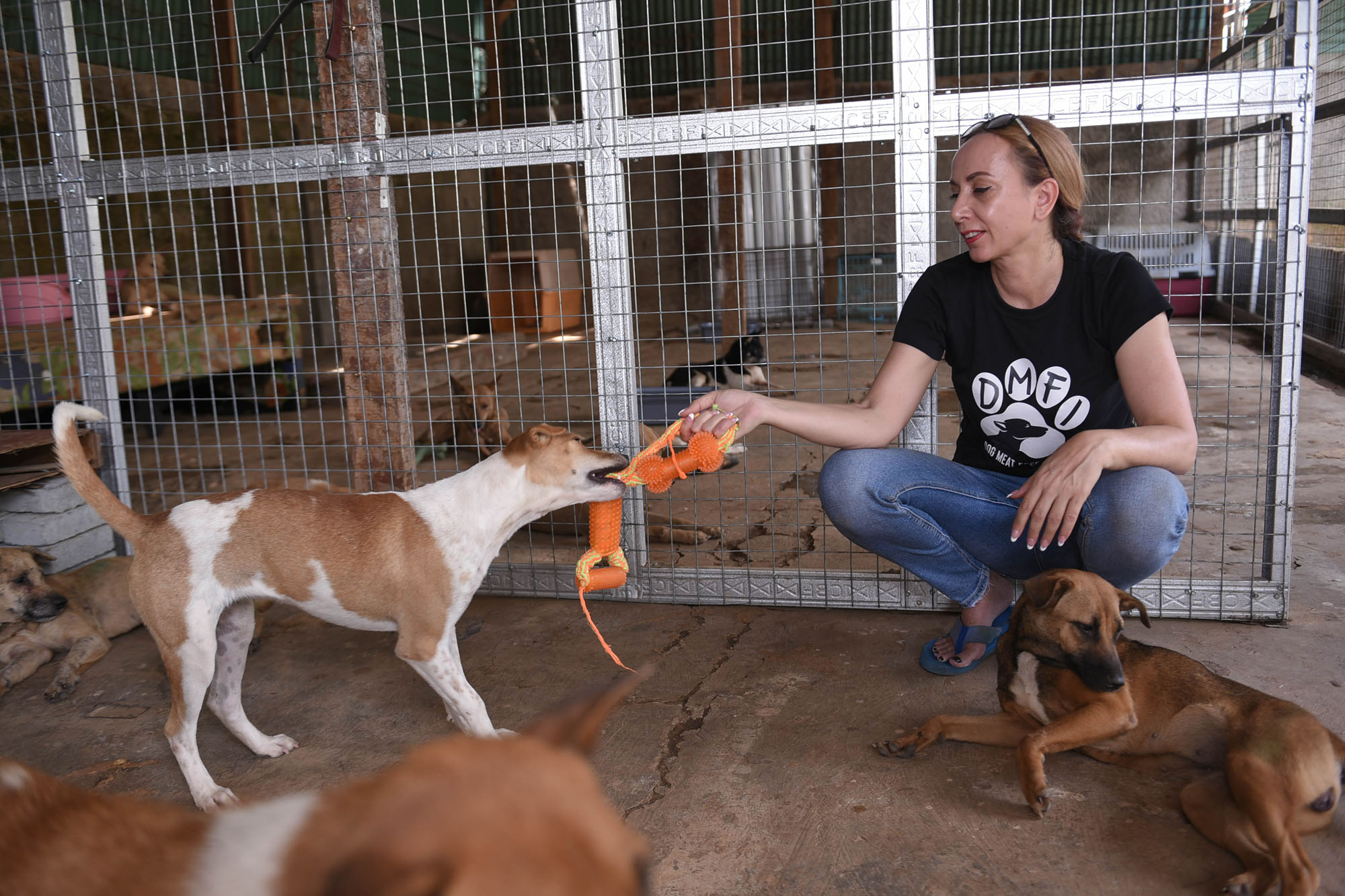 Campaigners from DMFI, who attended the police interception at the slaughterhouse and took all surviving dogs into their care, welcomed the conviction for sending the strongest signal yet to dog traders across Indonesia that the dog meat business is illegal and will be punished. DMFI has been campaigning for years for a nationwide ban on the dangerous and illegal trade, slaughter and sale of dogs for human consumption. 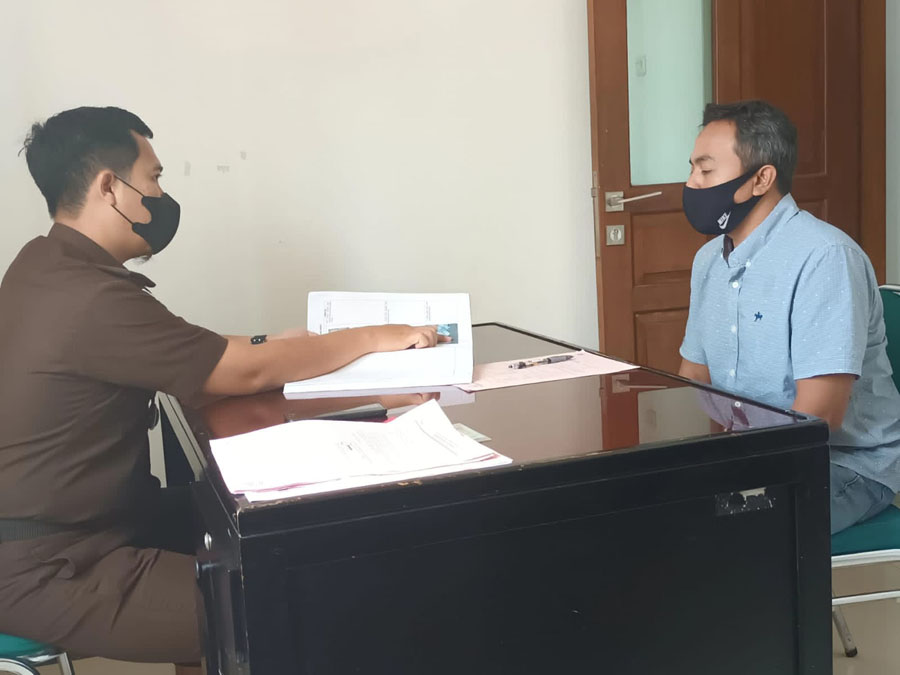 Karin Franken, co-founder of Jakarta Animal Aid Network and national DMFI coordinator, said: “The DMFI applauds the authorities for bringing this case against Guruh to send a message to others operating in this illegal trade that they will be found and punished. However, for the law to truly act as a deterrent, we need longer jail times and for that we need a clear, unambiguous and strong nationwide ban on the dog meat trade so that prosecutors and judges can take the strongest possible action. We have raised these concerns with the Ministry of Agriculture and called for the revision of these laws so that people convicted of cases of animal cruelty like this one get the punishment they deserve to reflect the enormous suffering and harm as a result of their actions.”

Nationwide opinion polls conducted by Nielsen and commissioned by DMFI show that only a small minority of Indonesians (4.5%) ever consume dog meat, and 93% of all Indonesians support a ban. Despite this, over one million dogs are still illegally stolen, trafficked, slaughtered and sold for human consumption every year across Indonesia. Without a nationwide ban, the relevant laws and regulations that can be applied have weak penalties, and enforcement is rare, which enables the traders to continue to operate. DMFI campaigners warn that without stronger action at the local and national level, this cruel, profit-driven trade will continue to jeopardise not only the country’s international reputation, but also the health and safety of the entire country. 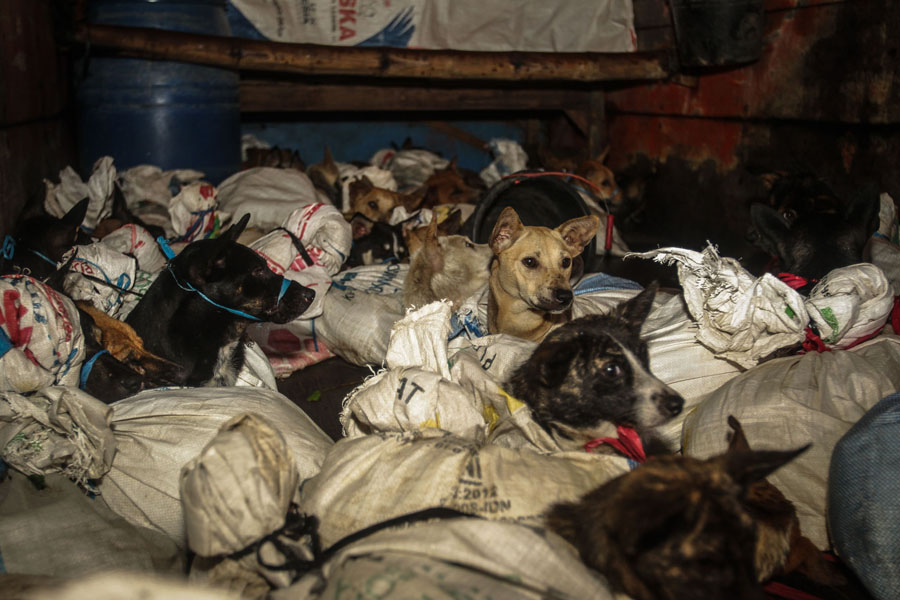 Lola Webber, director of campaigns to end dog meat for Humane Society International, a DMFI member group, said: “Seventeen months in an Indonesian jail is quite rightly going to be an unpleasant experience and it’s a groundbreaking sentence for such a crime in Indonesia. However, it pales into insignificance compared to the horrific brutality meted out to the thousands of dogs who will have died as a result of this trafficker’s actions. Neither does it reflect the enormous public health threat posed by the mass trafficking of dogs of unknown disease and vaccination status, undermining attempts to control rabies which is endemic across most of the country. We know that rabies-positive dogs are being brought into urban centres for this trade, and with so many dogs snatched from one area and trafficked to another hundreds of miles away, those agencies working hard to create vital herd immunity to rabies in local dog populations are fighting a losing battle. Only eight provinces in Indonesia hold rabies-free status, so without immediate and strong action, it is only a matter of time before more provinces face this deadly disease.”

In recognition of the grave risks to animal welfare and public health and safety, an ever-growing number of cities and regencies in Central Java have taken the matter into their own hands passing local regulations explicitly prohibiting the dog meat trade throughout their jurisdictions, including Sukoharjo and the Central Javan provincial capital of Semarang. Campaigners hope that this case will shine a light on the dog meat trade and encourage central, provincial, regency and city leaders to take stronger action,