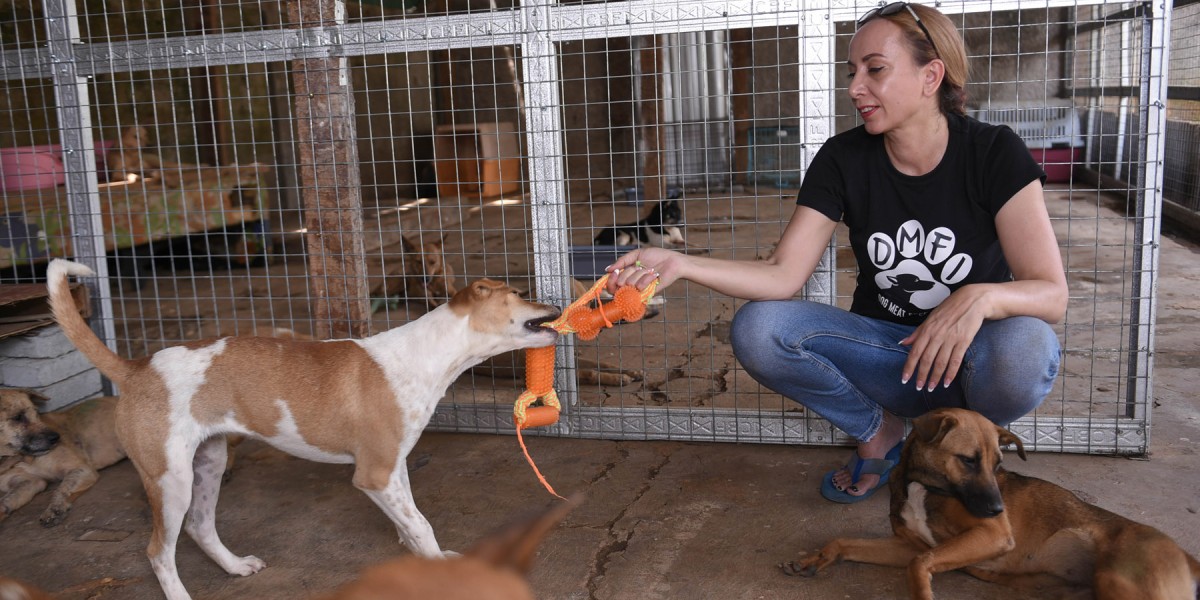 Dog slaughterhouse owner in Indonesia sentenced to 12 months in jail and a fine of over $10,000 for trading in stolen dogs for human consumption

Added on Wednesday, 08 June 2022
A dog slaughterhouse owner in Sukoharjo, Indonesia who bought and killed thousands of dogs every year for human consumption has been sentenced to 12 months in jail and a fine of 150 million Rupiah ($10,000 USD). More than 50 terrified dogs were rescued during a police interception at his property last year, and were cared for by campaigners from the Dog Meat Free Indonesia (DMFI) coalition.

A dog slaughterhouse owner in Sukoharjo, Indonesia who bought and killed thousands of dogs every year for human consumption has been sentenced to 12 months in jail and a fine of 150 million Rupiah ($10,000 USD). More than 50 terrified dogs were rescued during a police interception at his property last year, and were cared for by campaigners from the Dog Meat Free Indonesia (DMFI) coalition. The dogs had been trafficked from West Java on a grueling 365-mile journey, tied up in sacks and many had their muzzles bound shut. DMFI member groups Humane Society International and Jakarta Animal Aid Network are preparing to fly the dogs to Canada to seek adoption and help them put the trauma of Indonesia’s dog meat trade behind them. 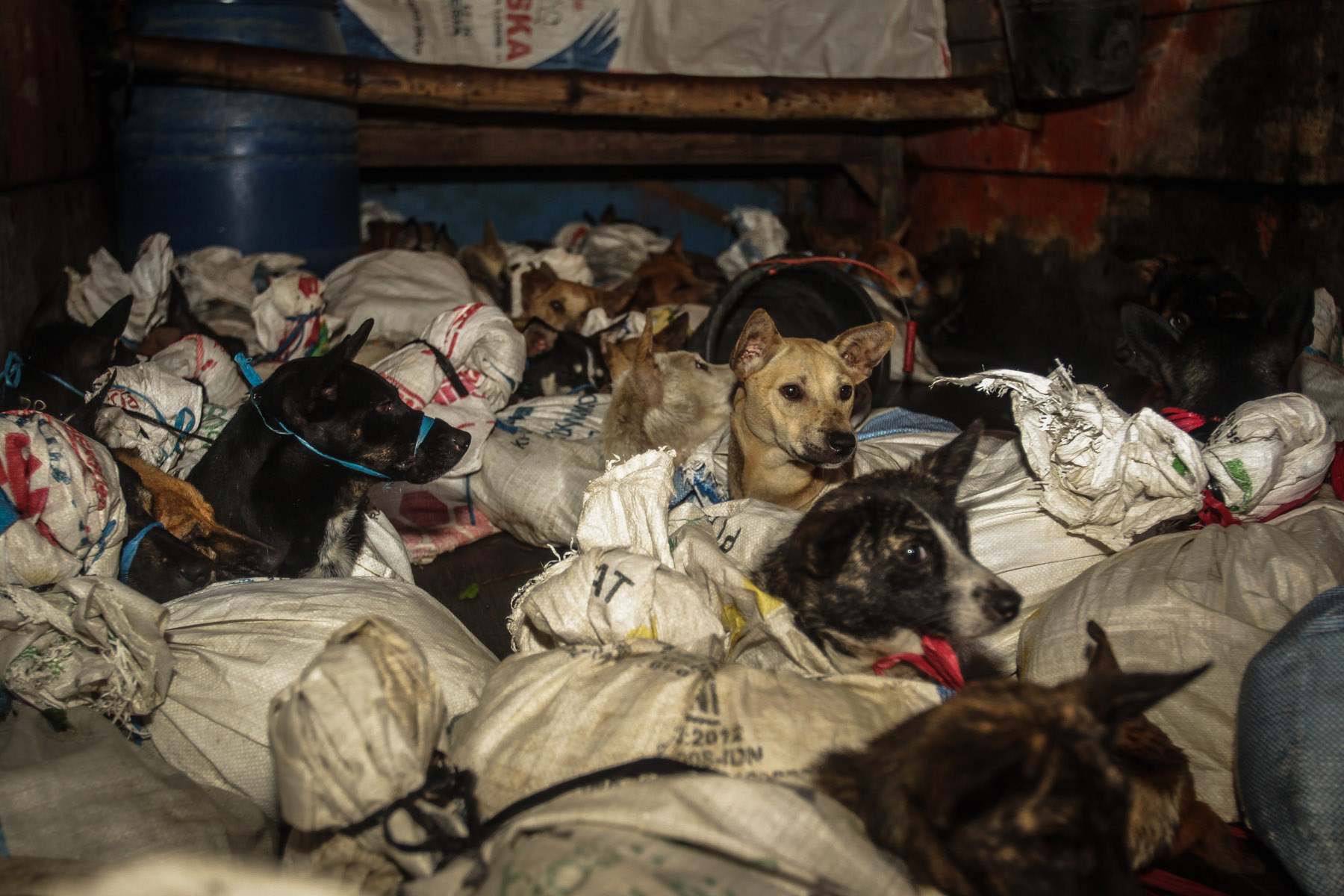 Suseno, the slaughterhouse owner, was found guilty of breaking Law 18 of 2009 chapter 89 regarding animal health and husbandry. The trade within which he operated sees pet and roaming dogs stolen from the streets in West Java to meet demand in dog meat eating hotspots in Central Java. One such hotspot is the city of Solo, the birthplace of Indonesia’s president Joko Widodo, where an estimated 13,700 dogs are killed for meat every month. Across Indonesia, an estimated one million dogs are killed annually.The DMFI coalition is calling for a national ban on the brutal trade.

This marks the country’s third conviction of a dog meat trafficker since the national government’s declaration in 2018 that “dogs are not food.” The Dog Meat Free Indonesia coalition applauds the Sukoharjo police for pursuing the case but says only a nationwide ban and zero-tolerance enforcement will stamp out the cruelty of this dangerous trade.

Karin Franken of Jakarta Animal Aid Network and national DMFI coordinator, said: “The Sukoharjo police are to be congratulated for not giving up, and using the laws available to them to secure this conviction. But our police forces could be greatly helped in cracking down on this cruelty if only the government introduced an explicit national ban on the dog meat trade. The brutal trafficking and butchering of companion animals is rife in many parts of Indonesia, including president Jokowi’s home city, making a mockery of the government’s public statements that dogs are not food. Criminals like Suseno need to be brought to justice to protect animal welfare and public health from this crime-fueled, disease-spreading and cruel trade.” 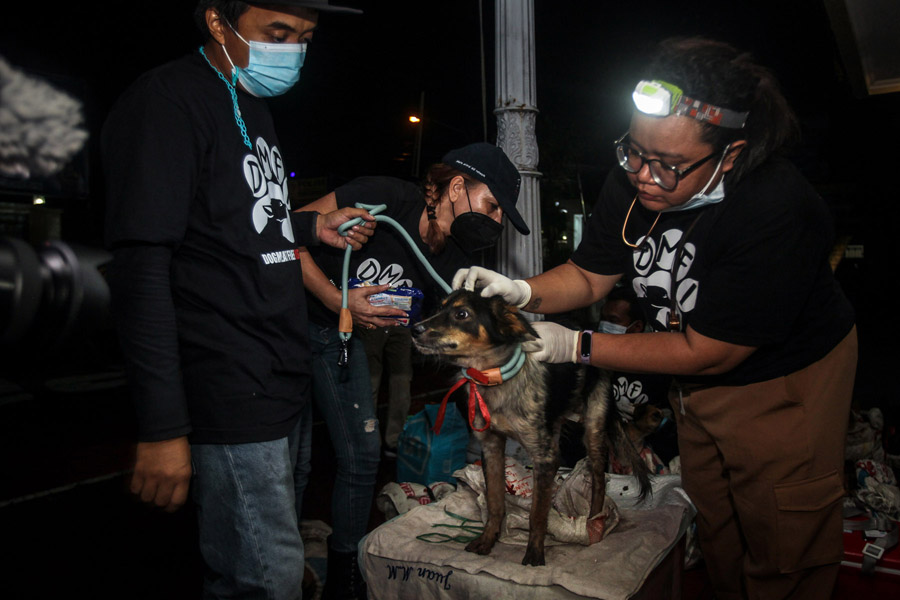 Bali-based Lola Webber, Humane Society International’s director of campaigns to End Dog Meat, was at the police interception to help rescue the 50+ dogs. Webber recalls:  “Seeing the terrified and traumatized faces of those dogs huddled together in the back of the truck is something that will stay with me for the rest of my life. They were skin and bone, dehydrated, weak and bewildered. But at the Dog Meat Free Indonesia shelter we’ve been able to heal their fragile bodies and give them the love and care they deserve. Soon, we will fly them to Canada where they will be available for families to adopt them into loving homes. It’s very satisfying knowing that the man who caused them so much suffering is going to prison, but many more dogs will continue to suffer until a definitive law is in place.” 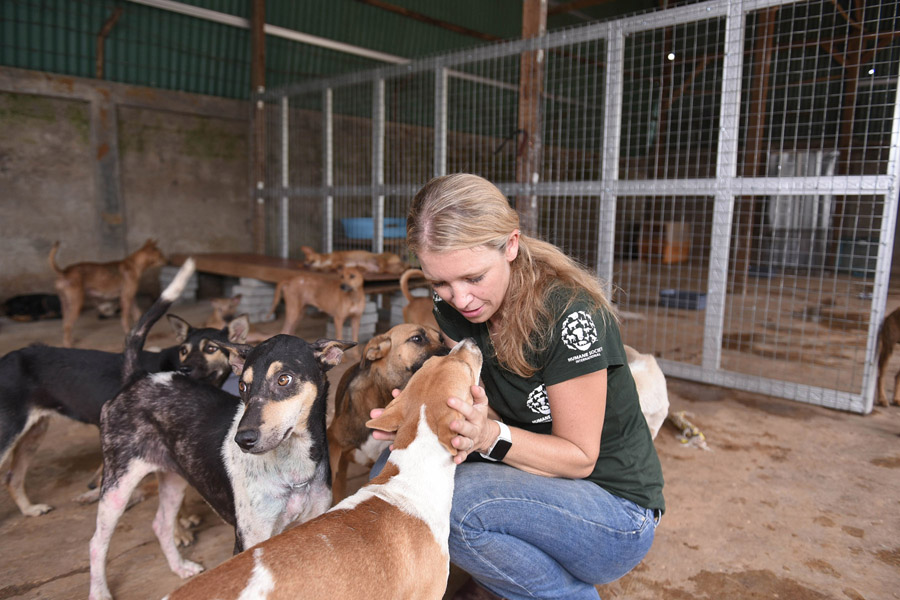 Nationwide opinion polls show that only a small minority of Indonesians (4.5%) ever consume dog meat, and 93% of all Indonesians support a ban. Despite this, over one million dogs are still stolen, trafficked, slaughtered and sold for human consumption every year across Indonesia, jeopardizing anti-rabies efforts and representing a substantial public health threat. Rabies is endemic across most of Indonesia, with only eight provinces holding rabies-free status. With dogs being routinely stolen from rabies positive areas and trafficked into rabies-free areas, the dog meat trade actively undermines attempts to control the deadly disease.