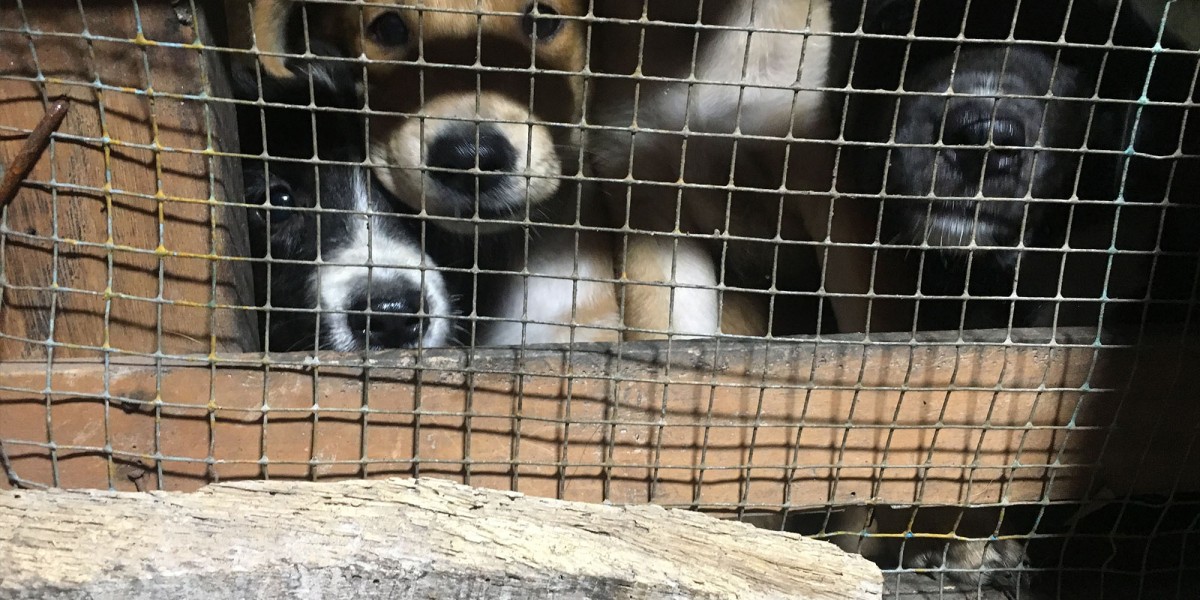 Added on Monday, 28 September 2020
DMFI campaigners warn that the cruel trade in dogs for human consumption exacerbates the transmission of deadly rabies and other zoonotic diseases. Despite global calls to tackle dangerous animal trades in light of the Covid-19 pandemic, the dog meat trade continues “business as usual” throughout Indonesia, with tens of thousands of dogs traded and slaughtered every month in dog meat-eating “hotspots” nationwide.

On World Rabies Day, national and international Dog Meat-Free Indonesia (DMFI) campaigners have called for urgent and stringent action by Indonesian authorities to tackle the significant threat of rabies posed by the brutal and illegal dog meat trade affecting an estimated one million dogs each year.

Whilst the eradication of rabies has been flagged by the World Health Organization as a global health priority, and health ministers from around the world have pledged to eliminate the zoonotic disease by 2030, up to 70,000 people still die from rabies every year, with a global cost of US$ 8.6 billion. Asia continues to bear the greatest burden of this fatal yet vaccine-preventable disease, accounting for 45% of global rabies deaths.

Leading human and animal health experts and inter-governmental organisations stipulate mass canine vaccination and limiting the movement of dogs as minimum requirements to control and eliminate the disease. The World Health Organization (WHO) has explicitly highlighted the trade in dogs for human consumption as a contributing factor to the spread of rabies in Indonesia. Despite this, and the availability of well-established rabies eradication protocols and successfully implemented programs in many countries, in Indonesia the dog meat trade continues to go largely unchallenged.

“With extensive knowledge of the rabies virus, it is not surprising that rabies elimination efforts and the dog meat trade are wholly incompatible, given that the dog meat trade is the only trade to encourage the mass and unregulated movement of millions of dogs of unknown disease and vaccination status across provincial and even international borders each year. Furthermore, we know that rabies-positive dogs are being traded and slaughtered, with evidence of asymptomatic infected dogs being sold and slaughtered for human consumption in markets. It is no coincidence that the provinces and regencies with the greatest demand for dog meat are also those with the highest prevalence of rabies, with devastating societal, economic and animal welfare impacts.” – Lola Webber, Change For Animals Foundation.

Research conducted in markets in Indonesia’s North Sulawesi province demonstrated that between 7.8 and 10.6% of dogs being sold for human consumption were infected with rabies 1. In an email to Dog Meat-Free Indonesia, the Centers for Disease Control and Prevention of the United States commented: “There are reports that dog-meat markets have a higher rate of rabies than the general dog population, as people often sell dogs to the markets when they act sick; some of these sick dogs have rabies.… Furthermore, there are at least three published reports of humans acquiring rabies from activities associated with the dog meat market, emphasizing that the risk is very real.”

“Across the globe, nations are united in a collective response to the deadly Covid-19 pandemic, including calls to close the most dangerous trades and markets that are associated with the transmission of diseases and the emergence of novel zoonotic diseases.  Yet, despite warnings from leading human and animal health experts and epidemiologists, unregulated animal trades and markets throughout the region continue to operate largely unchallenged, providing almost identical environments to those from which Covid-19 emerged, and potentially exposing hundreds of thousands of people every day, including tourists, to a variety of zoonotic diseases, including rabies.” – Dr. Katherine Polak, FOUR PAWS.

Whilst the dog meat trade still operates in many provinces throughout Indonesia, DMFI investigations and research suggest that less than 7% of Indonesians consume dog meat, and only a very small minority of the population profit from the trade. Despite being a marginal practice, the dog meat trade puts the entire nation at potential risk from rabies, and DMFI fears  that attempts to maintain the rabies-free status of cities and provinces or to control rabies in other areas, will fail without addressing the trade in dogs for human consumption.

“Given that the dog meat trade relies on criminal activity, operates in breach of existing laws and regulations pertaining to both animal welfare and disease prevention, and is known to exacerbate the transmission of rabies, it should be a priority for authorities to tackle. Trades that affect national and international welfare and stability can no longer be ignored or defended as personal choice or culture, and consumers should be warned that it is impossible to ensure dog meat is safe for human consumption.” – Karin Franken, Jakarta Animal Aid Network.

The markets where dog meat is sold are often in densely-populated cities such as Jakarta, Medan and Manado, which provide almost identical environments to those from which Covid-19 is believed to have emerged in Wuhan, China, thus threatening the whole country’s health and safety, not just from rabies but also new deadly pathogens.

“With hundreds of dogs at a time crammed onto trucks and driven across provincial and even international borders to filthy slaughterhouses and markets where these highly stressed animals are displayed and slaughtered alongside myriad wild and domestic species, it’s easy to see how this trade is not only utterly brutal, but also the perfect breeding ground for the next serious public health disaster. New pathogens could jump to humans in a number of ways – a dog trader wounded during the day’s slaughter, a local consumer eating cross-contaminated dog meat bought at a nearby stall, or a tourist breathing in microscopic blood droplets as they sight-see the market. Now is not the time for complacency, or turning a blind eye. We need strong and urgent action.” - Kelly O’Meara, Humane Society International.

“In 2018, Indonesia’s director of veterinary public health described the trade as “torture for animals” after reviewing DMFI’s investigative footage, and the central government has publicly stated that dogs are not considered “food” in Indonesia. Yet, we are still waiting for Ministers to act, and some provincial governments are failing to take seriously the trade’s rabies risk or extreme animal cruelty.” – Angelina Pane, Animal Friends Jogja.

Since the COVID-19 outbreak emerged from Wuhan in late December 2019, the Chinese authorities have prohibited nationwide the sale of all terrestrial wildlife for consumption.  In addition, in April the Chinese cities of Shenzhen and Zhuhai introduced city-wide bans on dog and cat meat consumption, and the national government has publicly stated that dogs are considered companion animals not livestock, which is why they are absent from the list of animals considered “food”.

“It is time to finally wake up to the true cost of the dog meat trade. It is a public health emergency directly responsible for thousands of deaths every year due to the spread of rabies. It is evident that the true cost to the international community of fighting a global pandemic far surpasses the costs of preventing it, and we therefore urge the Indonesian government to follow other nations in the region in passing progressive laws to safeguard human and animal health and welfare from this 100% preventable zoonotic disease.” – Jill Robinson, Animals Asia.