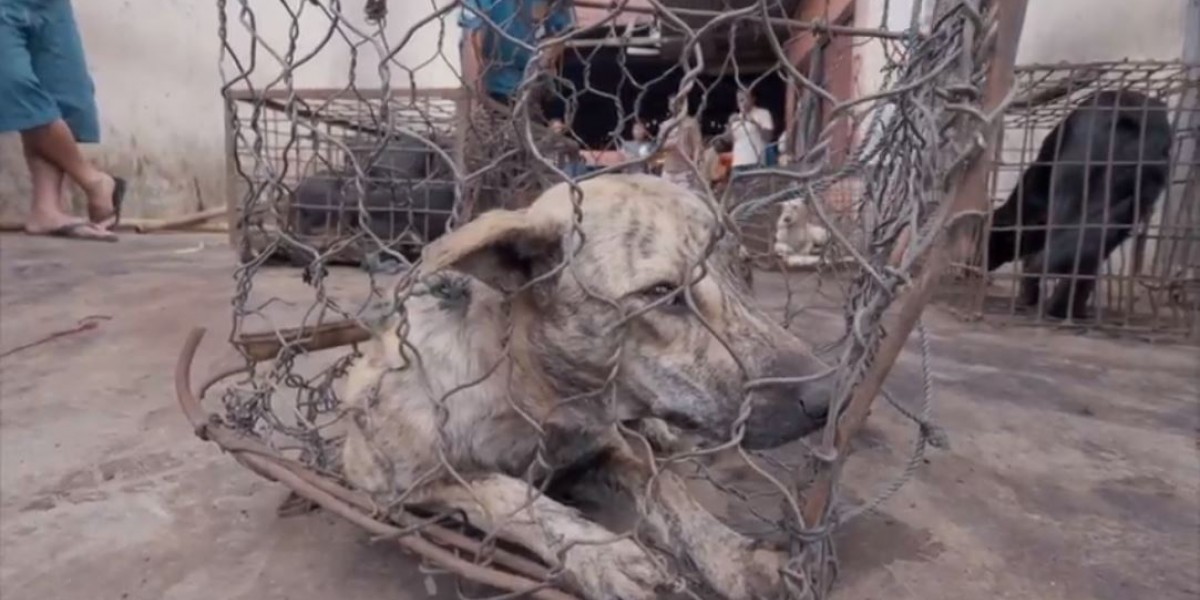 Bobby was rescued from a market, this is his story

Added on Wednesday, 11 April 2018
Bobby was rescued from a market during our investigations in North Sulawesi. It had been a long day and the market was getting ready to close for the day. As we were about to leave, we saw a dog sitting in a cage surrounded by blood in the slaughtering area of the market.

As we talked to the traders, we made a decision that we couldn’t leave him behind. We had to restore justice for at least one. We didn’t try to negotiate on price, it was what it was. We paid what they asked for, for his life to be spared. As he was taken from the cage, the trader told us that he had been dropped off with the traders that morning by his owner who no longer wanted him. He had experienced the ultimate betrayal.

We named him Bobby, and now he is living a life of joy at our partner group’s shelter “Animal Friends Manado”. Now, his days are spent playing with the other rescued dogs, showered with love.

For Bobby, and all the others we have been able to save, justice has been restored; and, despite all that they have endured, their spirits remain unbroken. They forgive and they love life again. Whilst we must fight on, for them, the trade has ended.