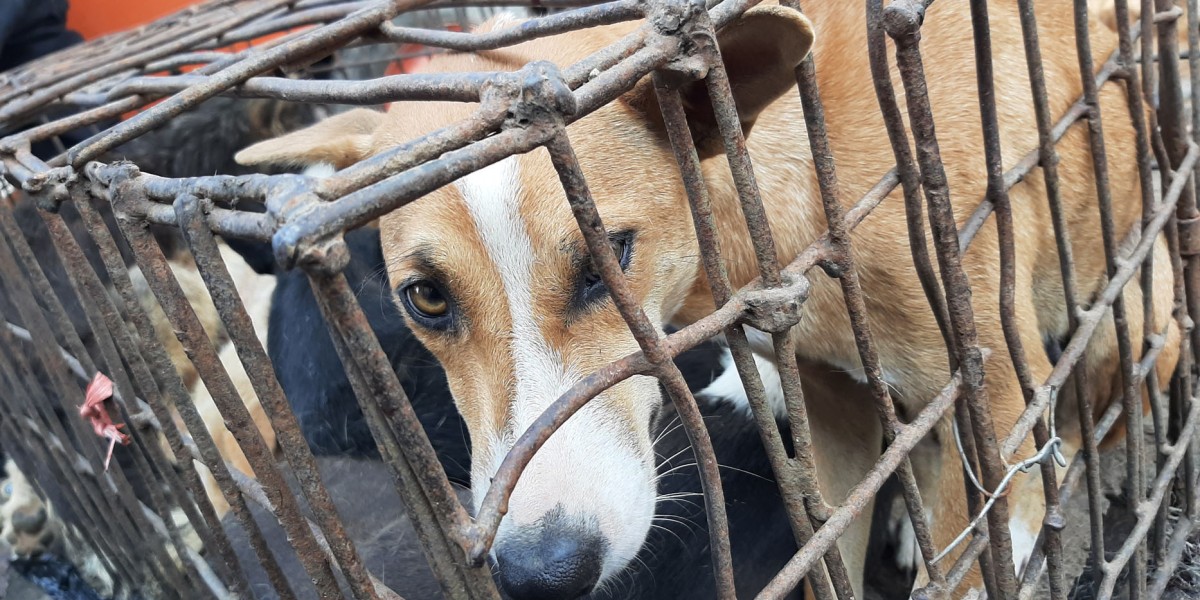 Tomohon, Indonesia – The new mayor of Tomohon, Caroll Senduk, SH, mayor of Manado Andrei Angouw, and the Regent of Minahasa Priskila Friske Legi, STh, are being urged to protect public health and animal welfare by shutting down notorious animal markets in their jurisdictions, after new video released by the Dog Meat Free Indonesia coalition reveals how the markets are a key component of North Sulawesi’s cruel, crime-fuelled and dangerous dog and cat meat trades. Dog and cat meat is seen being sold alongside bush-meat including bats, snakes and wild boar in scenes similar to those found at Wuhan, China where the SARS-CoV-2 virus is believed to have originated.

Across Indonesia, an estimated one million dogs are killed for their meat annually. While a crackdown on the trade is being seen in parts of Indonesia such as Central Java, authorities in Sulawesi have failed to act. 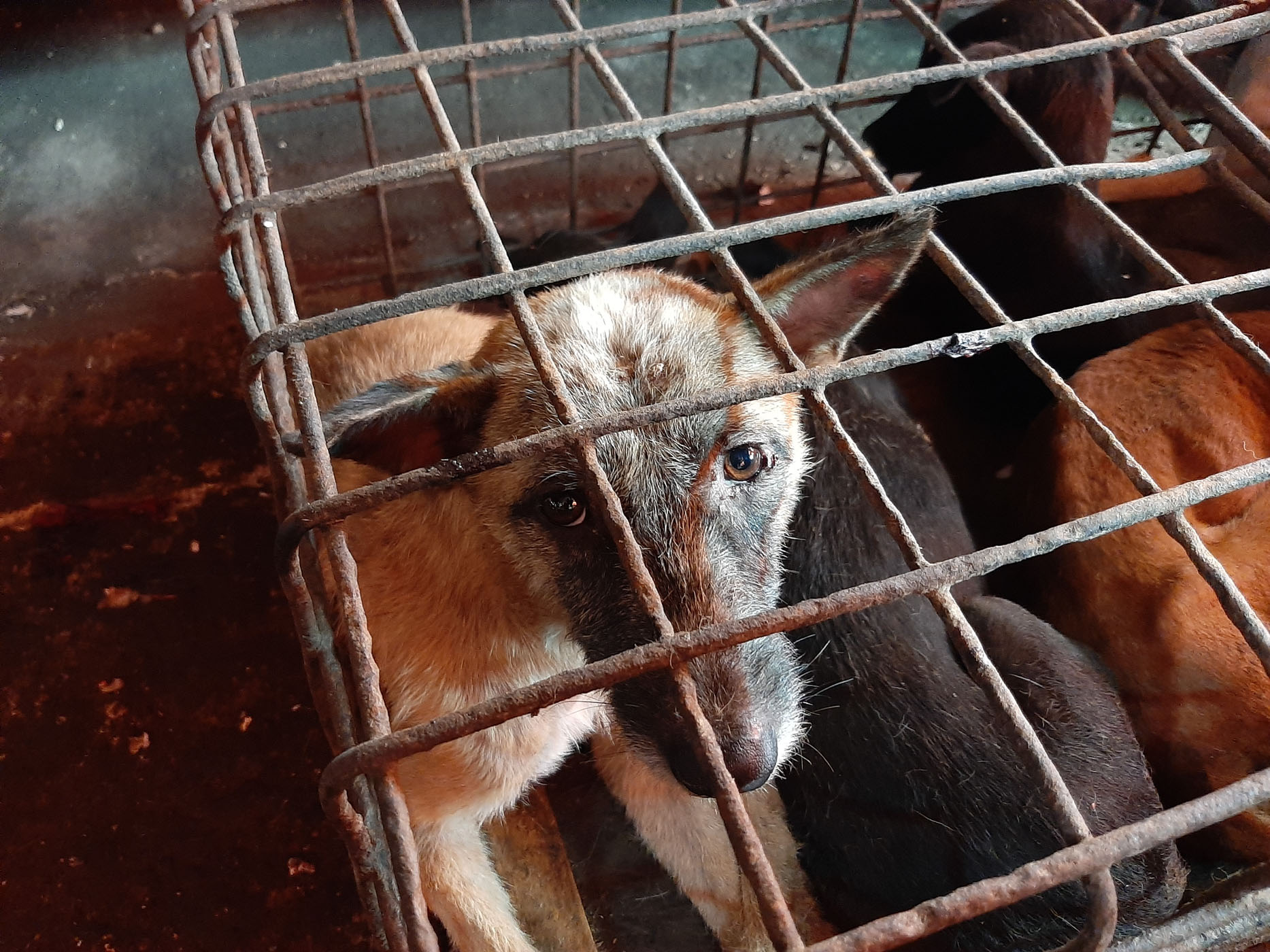 An investigator for DMFI - which comprises local campaigners Jakarta Animal Aid Network and Animals Friends Jogja, and international groups Humane Society International, Four Paws and Animals Asia – infiltrated the criminal gangs and traders who callously steal at least 4,500 pet and roaming dogs every month from villages in South Sulawesi and then sell them to traffickers to kill and sell for meat at local restaurants and at wet markets such as Langowan, Tomohon and Kawangkoan in the north. Some dogs are trafficked from as far away as Makassar, South Sulawesi's capital, a 40-hour gruelling journey covering 1,000 miles. 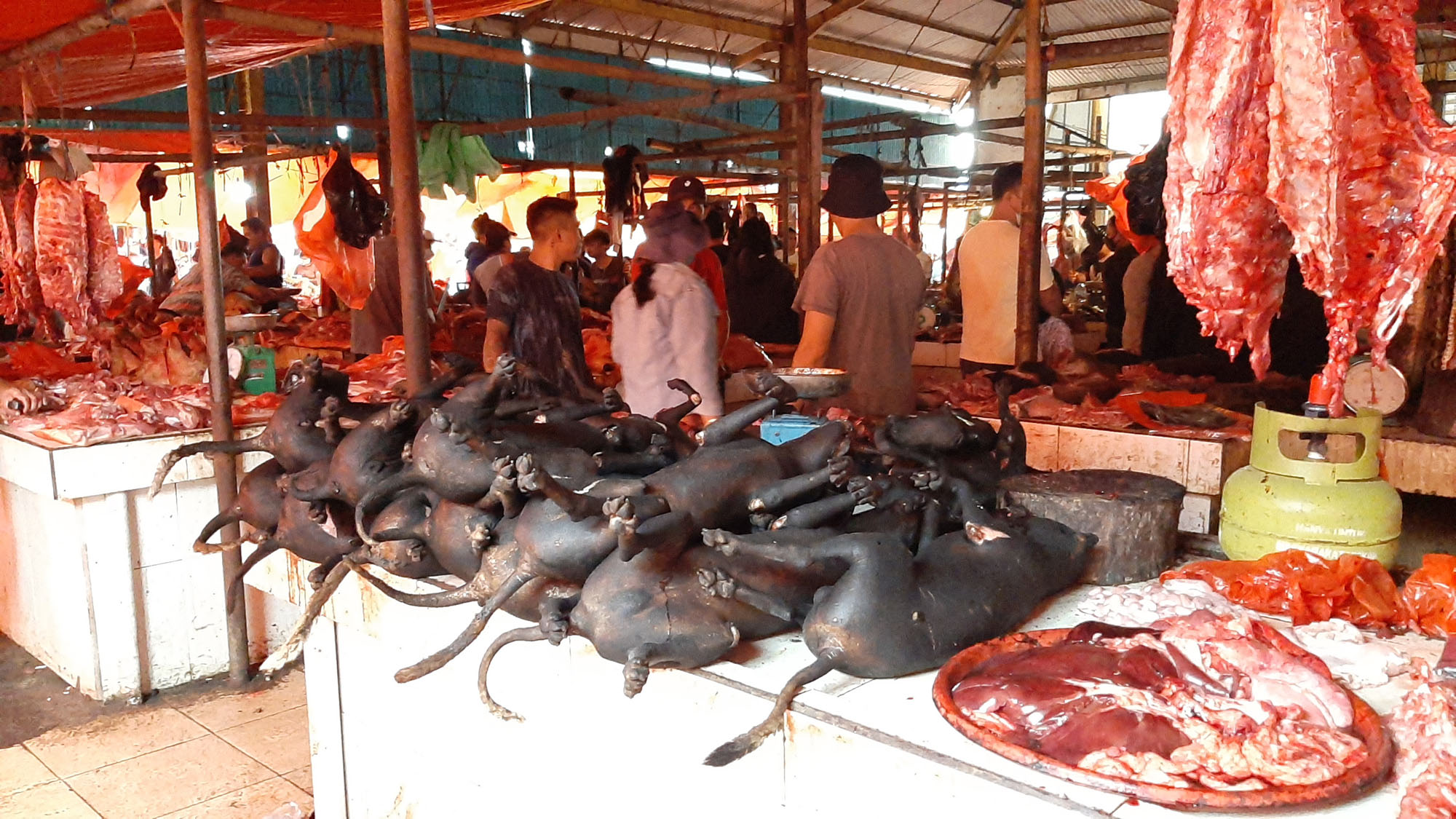 The investigator’s video shows traffickers hoisting terrified and screaming dogs by the neck from an underground pit as they are repeatedly bludgeoned across the face and head. Other scenes at the markets show cages of dogs huddling together as nearby the lifeless bodies of other dogs are blowtorched to remove their fur for sale to customers. Some dogs being blowtorched are visibly still alive during the ordeal.

Dog meat is not an expensive delicacy; a dish containing dog meat can be bought at market for around 25,000 – 35,000 IDR, the same price as a couple of cans of coke. This low price point helps to keep the cruelty going at the scale exposed by the investigation.

Lola Webber, director of campaigns to End Dog Meat at Humane Society International, a member of the DMFI, said: “Although only a small percentage of Indonesians eat dog meat, the criminality and disease risk associated with the dog meat trade is potentially impacting the entire population. Despite the national government making it clear that dogs are not food and calling on local leaders to crack down on this trade, markets like those in Tomohon and Minahasa Regency are trading business as usual. With Indonesia still in the grip of the COVID-19 pandemic, whose origins are connected to wildlife wet markets in China just the same as we see in North Sulawesi, we are sending the President, Governors, Regents and Mayors an urgent plea to stop tolerating this dangerous and illegal trade. Time and time again we hear the government state that ‘dogs are not considered food’, but in the markets, that message clearly hasn’t been heard.” 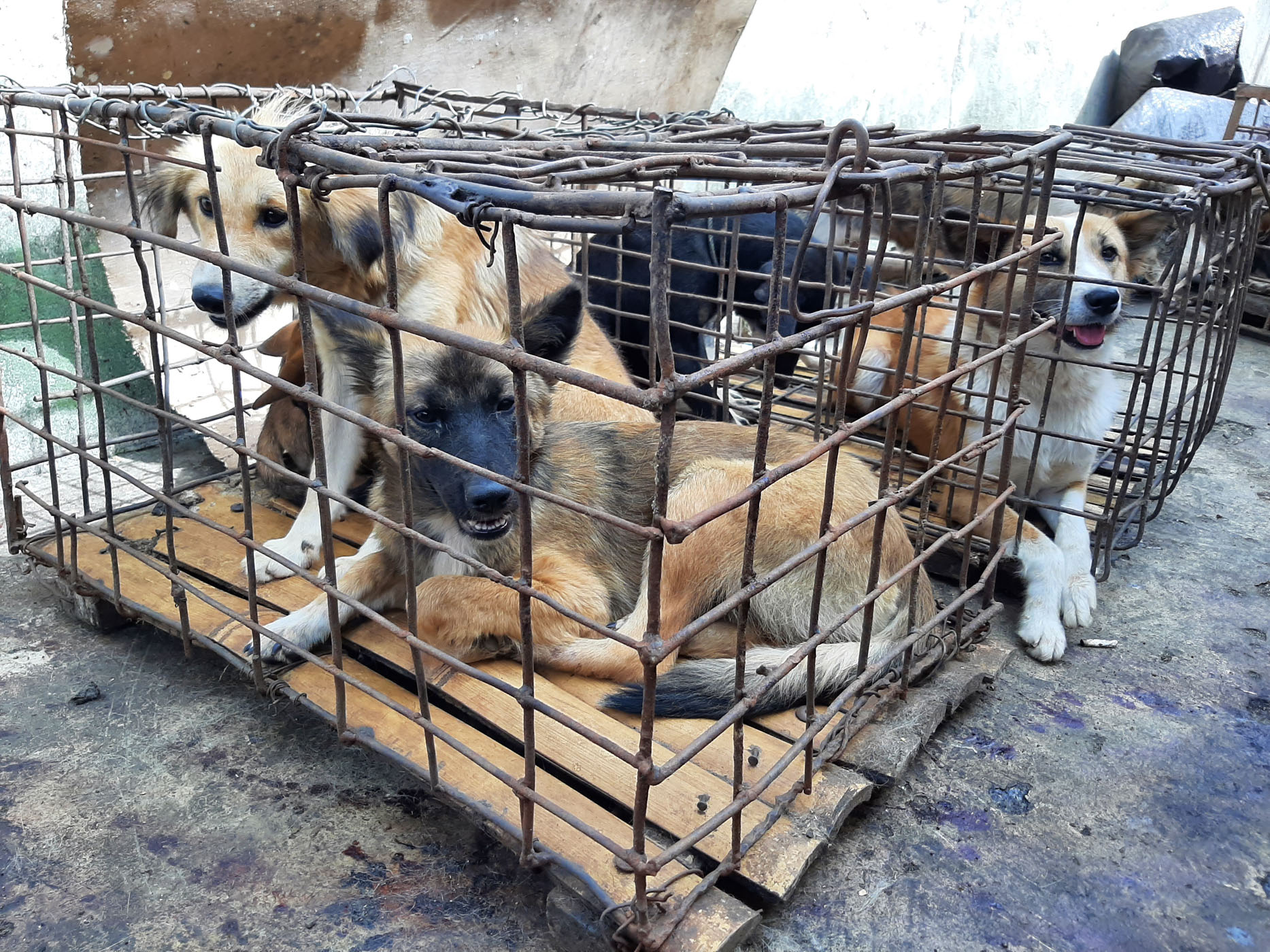 Despite the public health risks associated with these markets, at Sulawesi’s roughly 200 traditional markets the carcasses of domestic and wild animals are still butchered and sold alongside each other. Deadly rabies – a zoonotic disease endemic throughout Sulawesi – has also been linked to Asia’s dog meat trade by the World Health Organisation. North Sulawesi, the destination for thousands of trafficked dogs of unknown disease status, consistently reports some of the highest levels of human rabies mortality in Indonesia.

The DMFI investigator, who is not being named for his own protection, said: “The scale of the dog meat trade was really surprising. Thieves are stealing dogs from all over the island before selling them to the traders who warehouse them until they have enough to sell on. Mentally, this was a harrowing mission because every day I could see how utterly terrified and traumatized these poor dogs were. All around them they witness other dogs being dragged by the neck, beaten over the head, thrown around violently. They would tremble in fear when approached. Like me, the vast majority of Indonesians will be sickened by what I saw. This trade brings shame on Indonesia.”

DMFI is now seeking urgent meetings with the provincial and city authorities in Tomohon, Manado, Minahasa and Makassar to call for immediate action. The coalition of animal groups already works successfully with police and local governments in multiple other regions to crack down on the trade. In November last year DMFI campaigners joined Sukoharjo police in Java on a sting operation at an illegal dog slaughterhouse that saw more than 50 dogs rescued.

At least eight national laws and regulations exist that, if enforced, would serve to prohibit the trade, and thus far five regions in Indonesia – Karanganyar (2019), Sukohrajo (2021), Salatiga City (2021), Malang (2022) and Semarang, the provincial capital of Central Java (2022) - have passed explicit bans on the dog meat trade. DMFI now invites the Sulawesi authorities to follow suit.