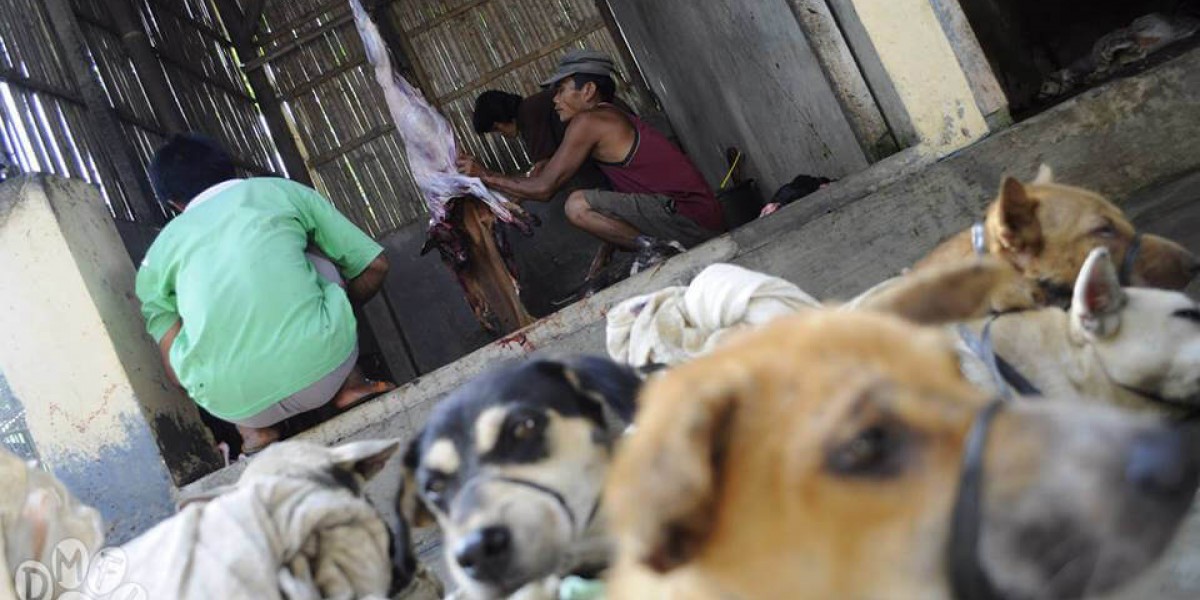 Added on Wednesday, 25 July 2018
The Dog Meat-Free Indonesia coalition warns that millions of global tourists could be at risk of exposure to the deadly rabies virus spread by the county’s illegal dog and cat meat trade. There is also increasing concern among Indonesian citizens at the lack of action by law enforcement officials to deter or punish gangs of thieves who terrorise neighbourhoods and steal dogs and cats from back yards and houses.

JAKARTA (30th July) – Campaigners from the Dog Meat-Free Indonesia coalition warn that millions of global tourists could be at risk of exposure to the deadly rabies virus spread by the county’s illegal dog and cat meat trade. Their warning comes as Indonesia prepares to host the 18th Asian Games next month, with the government hoping 3 million tourists will descend on the capital city Jakarta. However, latest evidence concerning rabies risk comes in the form of a rabies-positive dog carcass found being sold for human consumption in a North Sulawesi market. The DMFI says Indonesia’s central and provincial governments have failed to act despite mounting evidence of the dangers the trade poses to public health and safety.

Earlier this year, DMFI exposés of shocking animal cruelty at North Sulawesi’s markets, and dogs being inhumanely bound, gagged and thrown onto trucks for journeys lasting days, sparked a global outcry. The scenes of animal suffering led to the submission of a DMFI letter to President Joko Widodo signed by over 90 global and Indonesian celebrities including Cameron Diaz, Chelsea Islan, Dame Jane Goodall, Simon Cowell and Ellen DeGeneres, calling for urgent action to protect animals.

There is also increasing concern among Indonesian citizens at the lack of action by law enforcement officials to deter or punish gangs of thieves who terrorise neighbourhoods and steal dogs and cats from back yards and houses. Jakarta Animal Aid Network says it receives countless reports each week from devastated pet owners who have had their dogs stolen by armed dog thieves.

Merry, a resident of Tomohon City describes her ordeal: “I saw it happen through the upstairs window.  The dog was eating cyanide, while the thief was waiting for the dog. We couldn’t go outside. The thief was armed and ready, with rocks, arrows, a machete inside the car. While I was opening my door, the thief tried to fire an arrow at me.”

Febri Verawati from Jakarta, says: ”I had my dog Neiro from a one month old puppy and we lived together for seven years.  When he was stolen, I was so devastated and heartbroken. I just can’t stop thinking about it. After it happened, the vegetable vendors who had witnessed it told me there were two  men on a bike very early in the morning. They actually jumped over the fence, grabbed Neiro, put him in a sack and drove off. They said the dog thieves had been asking around about which houses had dogs.”

The dog meat trade in Indonesia operates in breach of disease control regulations put in place to curb the spread of fatal zoonotic diseases such as rabies, despite the government’s pledge to eliminate the disease by 2020. Rabies is endemic in 25 out of 34 of Indonesia’s provinces, and dogs of unknown disease status are routinely transported across provincial borders and islands, in clear breach of the law. With little sign of law enforcement action, the thieves and traders appear immune to punishment.

A DMFI investigation in May this year revealed the presence of a rabies-positive dog carcass at the infamous Tomohon Market. The carcass was tested at the provincial government’s diagnostic laboratory, following the random sampling of just nine slaughtered dogs from markets in Minahasa regency, Manado and Tomohon. The DMFI believes that such a high hit rate is consistent with earlier published studies in Indonesia and throughout Asia documenting the prevalence of rabies-positive dogs for sale in markets. For example, in 2007, research conducted in markets in North Sulawesi (Manado, Airmadidi and Langowan) demonstrated that between 7.8 percent and 10.6 percent of dogs being sold for human consumption were infected with rabies.

“With over 200 markets selling dogs and cats for meat in North Sulawesi alone, the scale of the problem is potentially catastrophic for Indonesia’s attempts to eliminate rabies, and gravely jeopardises the health and safety of its citizens and animals. This latest finding should serve as a very loud wake-up call that action is needed to tackle this illegal, cruel and dangerous trade,.” explains Lola Webber, co-founder of Change For Animals Foundation.

The DMFI has released video evidence of dogs being stolen from the streets and rice fields in rural West Java, where rabies is endemic, and driven to slaughterhouses in Jakarta, despite the capital city’s strict dog and cat importation regulations to safeguard its rabies-free status. Campaigners are concerned that Indonesia has not learned the lessons of the past, when the popular holiday destination of Bali experienced a rabies outbreak in 2008 following the introduction of a single rabies-infected dog on a fishing boat.

“This should be of grave concern to the government given that Jakarta worked hard and invested significantly for many years to secure the city’s rabies-free status, and given that this trade is totally illegal. We know that it only takes one dog to create an outbreak, with devastating consequences. In Jakarta it is estimated that just one percent of the population partakes in dog meat consumption, but this one percent jeopardises the safety of the whole city and its population of 10 million residents.” warns Karin Franken, director at Jakarta Animal Aid Network.

Professor Louis Nel of Global Alliance for Rabies Control agrees, saying: “We may not be able to easily change culture or habit, but we should ensure compliance with proven animal disease prevention measures and stop the smuggling of dogs, to limit the spread of rabies, an endemic disease across Asia. These traders are driven solely by profit and are disregarding the risks to human and animal health.”

These warnings reflect those from the World Health Organisation that has explicitly highlighted the trade in dogs for human consumption as a contributing factor to the spread of rabies in Indonesia. In a letter to the DMFI coalition, the Centers for Disease Control and Prevention of the United States says: “There are reports that dog-meat markets have a higher rate of rabies than the general dog population, as people often sell dogs to the markets when they act sick; some of these sick dogs have rabies.… Furthermore, there are at least three published reports of humans acquiring rabies from activities associated with the dog meat market, emphasizing that the risk is very real.”

The risk to tourists is unknown, but campaigners believe that travelers may unwittingly expose themselves to rabies and other diseases by visiting the animal markets where dogs and cats are slaughtered and butchered in the streets in unsanitary conditions. With Indonesia set to host the 18th Asian Games next month in Jakarta and Palembang, urgent action is needed to safeguard the safety of participants and spectators.

In December 2017 the travel site TripAdvisor removed its promotion of North Sulawesi’s live animal markets following DMFI’s investigations. TripAdvisor had previously listed the markets as “#7 out of 12 things to do in Tomohon” but later stated “We have investigated the TripAdvisor listing page for Tomohon Extreme Market and concluded that it does not meet the standards set by our listings policy. As a result, we have permanently removed the listing from both our site and our app.”

An estimated 12 million tourists visit Indonesia each year – including over 1 million Australians, and an estimated 360,000 from the United Kingdom, 330,000 from the United States, and between 200,000 and 260,000 each from the Netherlands, Germany and France. “Traditional markets” selling live cats, dogs and other animals for slaughter, as well as the consumption of dog and cat meat, are often promoted by local tour guides. Unbeknown to most tourists, such meat has not undergone any safety or hygiene checks and is essentially unregulated, and both the US Centers for Disease Control and the World Health Organisation warn that “consuming meat from rabies-suspect animals is not advised”.

“Governments around the world should be issuing warnings to their nationals who are visiting Indonesia of the dangers of the dog and cat meat trade and the live markets, despite some local tour operators promoting them as “must see” places and experiences,” states Dr. Katherine Polak of FOUR PAWS.

“Indonesia is a country of world-renowned natural beauty, but its international reputation is marred by the ugly brutality of its dog and cat meat trade. With the volume of dogs being smuggled for the trade, and the unsanitary slaughter at markets, it’s a genuine concern that innocent travelers could be exposing themselves to dangerous and even deadly diseases. The lack of government action to crack down on this trade is certainly calling into question Indonesia’s position as a prime tourist destination,” states Kitty Block, president of Humane Society International.

“This is not a debate about culture or ‘custom’, this is an issue of animal cruelty and human health. The trade we are seeing in Indonesia is profit-driven and is not motivated by any desire to maintain a culture. The cruelty is unforgiveable and the global community is united in our calls for the central and provincial governments to take action to tackle the dog and cat meat trade as it poses grave threat to human and animal health, encourages illegal activity, and tarnishes Indonesia’s reputation.”– Bobby Fernando of Animal Friends Jogja.

“Every month, tens of thousands of dogs are stolen from the streets and from people’s homes in Indonesia to supply the dog meat trade… their stories are heartbreaking, the suffering unimaginable..